A number of Spotless cleaning staff contracted to work at Wellington City Council are still waiting to be paid the new Living Wage rate which came into effect on 1 July 2016. 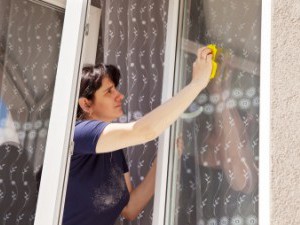 A number of Spotless cleaning staff contracted to work at Wellington City Council are still waiting to be paid the new Living Wage rate which came into effect on 1 July 2016.

‘Living Wage Aotearoa spokeswoman Lyndy McIntyre said an agreement signed off by the council in May stated that “core cleaning services” and those on security and noise control contracts would be covered by the living wage – effectively giving affected workers a $3 per hour pay rise from 1 July 2016’.

‘The living wage is the hourly rate which advocates claim a worker needs to participate as an active citizen in the community’. While the new rate has been set at $19.80, 55 cents more than the 2015 rate, the Wellington City Council elected to only pay $18.55.

“There has been some confusion around how many staff would actually get paid, with some workers being told only those working at Wakefield St would get it,” said Ms McIntyre.

“Spotless told workers only three of the 18 council sites would get paid the living wage.”

Ms McIntyre also added that “workers had been campaigning for the living wage for three years and cleaners had been at the forefront of the campaign.”

While Spotless has refused to comment, Wellington City Council spokesman Richard MacLean has stated that the council intends to pay the living wage.

“We are in the middle of financial negotiations with Spotless about its overall contract, and once they are completed, the living wage payment will start,” he shared.

And while Mr MacLean has admitted that he is unsure of how long the negotiations will take, he added that the council has every intention of paying the living wage to all staff working on the core cleaning contract.