Cleaning companies are working hard to provide a range of clean-up work in the aftermath of the 7.8 earthquake, which hit the country on 17 November. 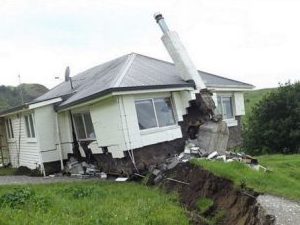 Following the 7.8 earthquake that hit New Zealand on Monday 17 November 2016, many of the country’s cleaners are doing their best to provide a range of clean-up work, such as cleaning carpet damaged by water, collecting dangerous broken glass and tiling, as well as damaged food, pot plants and dust.

The earthquakes – and more than 2000 aftershocks – have caused serious damage to homes, shops and roads in the South Island and New Zealand’s capital, Wellington, in the North Island.

Tsunami warnings were issued on most coastlines and the town of Kaikoura remains completely cut off from the rest of the world.

OCS New Zealand managing director, Gareth Marriott, told INCLEAN that the safety of OCS staff has been paramount, with some being stood down while various client sites and buildings were assessed for earthquake damage.

[quote]“The first 24 hours was absolutely massive for our people. Most in the Wellington and upper South Island regions had little sleep, combined with extreme damage around Nelson, Blenheim and Kaikoura,” he said.[/quote]

[quote]“Thankfully our staff are okay and our sites and offices remain fully operational – although the Wellington branch office team were left stranded for a period while they waited for flood waters recede.”[/quote]

Mr Marriott says the OCS team has put in a huge effort since Monday and it “genuinely reinforces the values the company holds dear”.

[quote]“It will be a long recovery, and in some areas, it won’t be business as usual for a while. But as the clean-up continues, we will be doing everything we can to support those who have been impacted by the earthquake, floods and the aftershocks.”[/quote]

Soon after the earthquake, New Zealand was hit by a serious storm event, which caused widespread flooding, slips and further damage to the earthquake-stricken zones.

Spotless New Zealand general manager James Fletcher said that the company regularly communicated with staff to urge everyone to take every possible precaution to ensure their ongoing safety.

[quote]“The well-being of our teams is our highest priority, so in the immediate aftermath of the quake we quickly ensured all staff were accounted for and safe,” he said. “Our teams faced a number of challenges as we attempted to provide support to our clients and the community. We liaised with our clients to ensure their buildings were structurally sound before our staff began clean-up work.[/quote]

[quote]“Our employees did an excellent job and showed great community spirit to go and work in places like the Wellington CBD, Blenheim and Kaikoura as soon as safety clearance was granted.”[/quote]