Guidelines for testing and decontamination of meth-contaminated properties released in NZ. 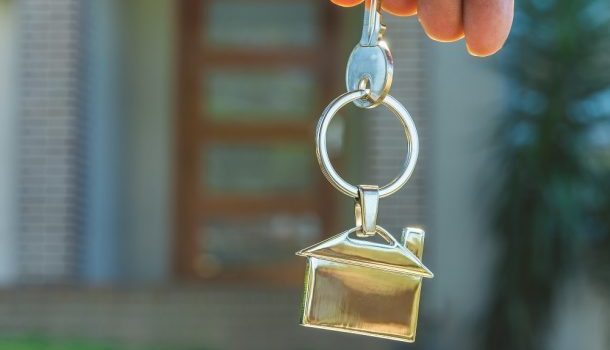 Standards New Zealand has released a new standard for the testing and decontamination of meth-contaminated properties (NZS 8510), in an attempt to provide industry guidance on good practice methods.

The scope of NZS 8510 covers measures to manage risks to health, well-being, safety, and the environment; guidance on methods of screening, sampling and testing of properties and their contents; best practice procedures and criteria of decontaminating methamphetamine-contaminated properties and their contents; and guidance on post-decontamination actions, including sampling and testing.

The standard adopts a single level of 1.5g/100cm2 (1.5 micrograms of methamphetamine per 100 square centimetres of surface sampled) that ‘high use areas’ (areas that can be easily accessed and are regularly used by adults and children) of affected properties should be decontaminated to, regardless of whether the properties were involved in the production or use of methamphetamine.

Twenty-one committee members from the public and private sector contributed to the development of the standard. The final version was originally slated to be released in April, however, was delayed due to the high amount of submissions.

Many of the submissions focused on the two possible options for methamphetamine clean-up levels. These will establish both when cleaning is required and the levels that cleaning must achieve.

Option A proposed a level of 1.5 micrograms per 100 square centimetres for living spaces and 3.8mcg/100cm2 for areas with limited exposure such as roof and crawl spaces.

Option B proposed three different levels, depending on whether the property had been used as a meth lab and whether it was carpeted or uncarpeted. These ranged from 0.5mcg/100cm2 where lab activity had occurred to 2mcg/100cm2 for an uncarpeted property where the drug had only been consumed.

Standards New Zealand manager Carmen Mak said application of the standard will provide assurance that activities such as screening, sampling, testing, assessing, and decontamination of contaminated properties, and disposal of their contents, are carried out in accordance with good practice.

Standards Development committee chair Dr Mike Reid said the standard will provide a benchmark to those in the industry, who are working to make the affected homes in New Zealand safe to occupy.

“Nearly 1300 comments were received during the consultation period; the committee took all comments into account in the development of the final standard,” Dr Reid said.

The standard will be used by methamphetamine testing and clean-up/decontamination companies; laboratories that analyse samples taken from methamphetamine-contaminated properties; health, safety, and environmental regulators; property owners, managers, and insurers.

Building and Construction Minister Dr Nick Smith said the new standard is a huge step forward in helping home owners and tenants deal with the risks of methamphetamine contamination.

“It will give people greater confidence and certainty, will result in hundreds fewer properties having to be vacated and save millions in unnecessary decontamination work,” Dr Smith said.

“The major gain from the new standard is having clear methods for sampling and testing, and competency requirements for samplers and decontamination contractors. The most significant change is the new 1.5g/100cm2 limit, as compared to 0.5g/100cm2 under the old guidelines. These were focused solely on the risks of a clan lab, whereas the new standard results from a better understanding of the health risks.

“This new standard will form an important part of new legislation I introduced to Parliament last month. The Residential Tenancies Amendment Bill (No 2) gives landlords the right to test for meth and enables tenancy agreements to be terminated when levels are unsafe. The new standard will be referenced in the regulations and will become legally enforceable when the Bill is passed later this year.

“It is quite appropriate that this new standard has been funded from the Criminal Proceeds (Recovery) Act 2009. The damage done to residential properties is just a fraction of the social and economic harm methamphetamine is doing in New Zealand. These new contamination standards and residential law change are a small part of the Government’s anti-drug initiatives.”

“They will help clean up an industry that has had problems over inconsistent tests and excessive decontamination costs,” Dean said.

Andrew King, executive officer of the NZ Property Investors’ Federation, said the Federation welcomed the release of the Standard, stating tenants will be pleased to see that fewer rental properties will become unavailable due to the presence of a low level of meth contamination.

King pointed out that the Residential Tenancies Amendment Bill (No 2), introduced to Parliament last month by Dr Smith, gives landlords the right to test for meth and enables tenancy agreements to be terminated when levels are unsafe.

“We hope that Government funds will be made available for a public education program to better inform New Zealanders about meth and reduce any misconceptions they may have,” says King.

Standard welcomed by industry bodies but “not a magic bullet”

First National Real Estate CEO Bob Brereton, said the guidelines were a significant step forward in clarifying what has become a significant issue in the housing arena.

“The standard gives a level of clarity across both the habitability of property and the processes in which the homes are tested and subsequently remediated that was lacking under the previous guidance,” he said.

Brereton also highlighted the need for further education for the testing and remediation industry and the general acceptance of the standard across all industry bodies charged with ensuring the housing stock of the country was safe, and the occupants and owners of those properties were protected against this scourge.

“There has been much angst across both the sales sector of real estate and property management about how to best protect the owners interests and balancing the needs to protect the buyer and tenant against any potential issues that can arise from methamphetamine use, this provides clarity.”

Brereton said that while the standard is “not a magic bullet” it will be a great assistance, but whilst meth continues to be an issue in this country the problem will always be there.

“The reality is when a purchaser or a tenant is presented with two options of equal cost, one with meth residue and one without, due to the stigma involved there will be a tradeoff, invariably this tradeoff comes down to personal choice and ultimately money in the same way people reacted to the leaky home syndrome there is inevitably a cost to be borne”.

“It is our opinion that as real estate professionals we are obligated to disclose any issue that may be material to a purchaser’s decision to complete a transaction. Some will have different sensitivities to the meth issue and as such I believe any level of meth residue should be disclosed to potential purchasers”.

While the standard has been welcomed by many industry bodies and associations Ross Bell executive director at New Zealand Drug Foundation told NZ News the regulation does not go far enough.

The Insurance Council of New Zealand has also shown its support for new standard. According to the council claims for meth contaminated properties have been steadily rising in recent years and are now estimated to cost insurers in excess of $30 million per year or 100 properties per month.

“There are numerous conflicting messages about meth contamination and insurers have seen increasing numbers of claims from property owners who are faced with levels of contamination from tenants passively smoking P right through to contamination from meth labs” said Insurance Council operations manager, Terry Jordan.

“On balance, insurers support the increase from 0.5µ/100cm2 to 1.5µ/100cm2 which better reflects the current scientific understanding of the health risks of methamphetamine” he said.

“With the requirement in the new standard for sampling and remediation companies to be independent from each other, the Insurance Council believes there will be less room in the market for the “cowboy” clean up companies that prey on the fears of tenants and landlords.

Claims for meth contaminated properties have been steadily rising in recent years and are now estimated to cost insurers in excess of $30 million per year or 100 properties per month.

The standard is available on the Standards New Zealand website