"You can't change the state of the world. What you can do, is educate people of the truth." 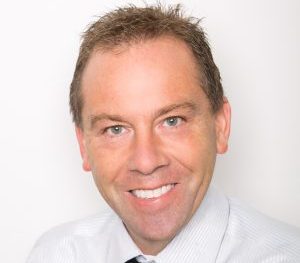 Learning from his own personal experiences, and the experiences of other major contractors, is what led CCS general manager of HR and compliance Mike Mulholland to create a way to “depower” the dynamics behind the illegal practice. However, to be able to do this, people first need to understand the context behind migrant worker exploitation.

According to Mulholland, there are several coinciding factors that create the “perfect storm” for migrant exploitation: “The first is the fact that New Zealand, like Australia, is an extremely desirable destination to live in for people from the developing world.”

“Young people travel to New Zealand thinking they will study, work and have a better life in general, when in reality, it is much different,” he explained.

“They often end up with a degree that is of little use and have no work experience in their chosen field. But because there are such large expectations of them back home to do well, you can imagine that they are prepared to do anything to stay in the country.

“This means that New Zealand then has people who are willing to work for low wages. However, there are still communication issues between the employee and employer.

“So what do we do to combat that problem? We find supervisors of the same ethnicity who then engage in the dodgy practices they understand to be normal. The young people have no understanding of Kiwi culture or their employment rights, and because they speak in limited English, they’re vulnerable.”

After working with migrant communities to develop a resource workers could use, late last year CCS began distributing a series of employee guidebooks – in English, Hindi and Chinese – that explain employee rights and responsibilities.

“We came to realise that we couldn’t change the state of the world. But we could educate people of the truth.”

The feedback on the new employee handbooks has been extremely positive, says Mulholland, who also believes the approach should be supported by the government and used by any industry that could be considered at risk of migrant exploitation.

“We make money out of employing migrant groups so I think it is incumbent upon us to understand them; understand where the come from and what they’re after,” he said.

“These people come to New Zealand to find a better life so we should provide opportunities for them to achieve that. If we intend to keep them in the industry, we need to show them a career path.”

That kind of career path is made clear in the guidebooks CCS provides to its employees. The company stresses the importance of compliance and that fact that it looks for people who have the ability to become supervisors.

“Over the last 12 months we have appointed our first two genuine salaried managers who started off as cleaners, became supervisors and have moved into management.”

CCS has also taken the cultural issues associated with different migrant groups into consideration when designing the booklet.

“To combat this problem, we’ve made it very clear in our materials about what our expectations are in regards to our health and safety regulations. And we’ve set out exactly how it is in New Zealand. We tell them a supervisor has to treat them in a particular way.”

CCS also offers literacy programs for migrant workers so they can improve their written and oral English communication skills.

“CCS has always followed a responsible policy and it was only when we discovered rogue things happening in our company that we become aware that there is a problem. While we’ve stopped it from happening, it remains one of those things that contractors need to be constantly vigilant for.