The move comes one month after Wellington City Council introduced a living wage for its workers, including cleaners. 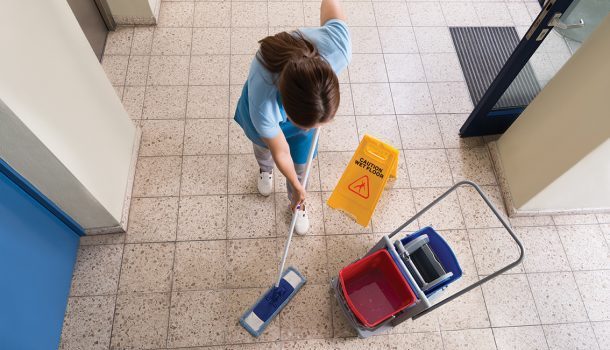 Cleaners at Parliament in New Zealand are calling for the introduction of a living wage.

The move comes one month after Wellington City Council introduced a living wage of $20.20 an hour for its workers, including cleaners. If passed, it would see cleaners employed at Parliament House receive an extra $9000 a year, or $178 per week.

Annie Newman, national convenor of the Living Wage movement Aotearoa NZ and a member of the Equality Network, is calling on the Government to support the living wage – and that it should be setting the example.

“One simple step would be to take responsibility as the single biggest employer and procurer of services in New Zealand, and get their own house in order, by making sure that they pay a living wage to all those who are directly employed, and to those who deliver services to the government on a regular and ongoing basis.

“That’s entirely doable and would create a transformation in the lives of hundreds of thousands of New Zealanders. The government should model ethical and fair practice for the whole of society and New Zealand, as well as for businesses that are both private and public.”

Mareta Sinototi is a cleaner employed by Government, who works at the National Library. Sinototi says she used to work two jobs as a cleaner in order to make ends meet.

She now works one full time job, but still earns the minimum wage ending up with around $600 a week before rent and power expenses are taken into account. She says she has been lobbying for a living wage for Government-employed cleaners since 2012, and she wants to see action.

“It’s great what has happened at the Wellington City Council! But we want to see the Government do the same – for all the cleaners employed by the government.”

Currently Wellington-based Fresh Desk is only one cleaning company in New Zealand that is an accredited Living Wage Employer.

Etū campaign lead organiser Mat Danaher told INCLEAN last month there are  a number of cleaning companies in New Zealand who do pay the living wage on specific contracts, however, this is when the customer agrees to pay the cleaning company at a rate that allows the company to pay a living wage, while maintaining profit margins.

“It’s our view that society wrongly attaches a low value to essential cleaning work, and the living wage is an important as it recognises the skill and hard work that goes into professional cleaning,” he said.

‘Working poor’ on the rise

Newman says that New Zealand is experiencing a rise in the number of the ‘working poor’. “

“We have people that work 40 to 70 hours a week and still can’t make enough money to feed their families or warm their houses in winter. That’s not a just or civilised society. And it’s not just the worker that suffers, it’s the whole household; it’s the children that suffer.

“The living wage is about establishing the amount of money people need to survive and participate in society. People shouldn’t have to juggle necessities – the essentials of life. They should be able to feed their children, to educate their children, and to build a better future for their families. Right now they can’t.”

The decision by Wellington City Council is expected  to echo across the country, with Auckland Council to move directly employed staff towards the living wage from September this year, including a number of directly employed cleaners.