According to the 2017 Hays Salary Guide, in the next 12 months 20 per cent of NZ employers expect to increase their use of temporary and contract staff. 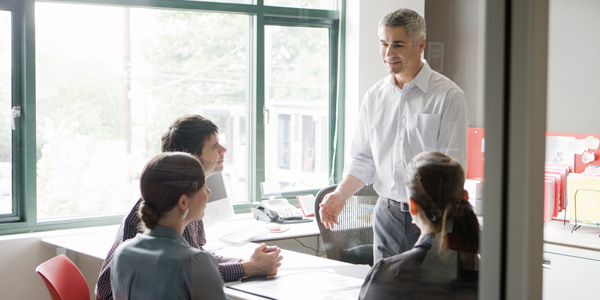 More than one-fifth (21 per cent) of New Zealand’s employers say they now employ temporary or contract staff on a regular ongoing basis, with another 46 per cent employing them for special projects or workloads.

According to the 2017 Hays Salary Guide, in the next 12 months 20 per cent expect to increase their use of temporary and contract staff. This exceeds the 8 per cent who anticipate decreasing in this area.

“These highly-skilled professionals work alongside permanent employees as needed, creating a blended workforce that can flex in response to project work or the need for unique expertise.”

But according to Jason, there’s another factor contributing to the increase: non-routine jobs.

“If we look at the skills in demand, it is professionals who can undertake non-routine work who are seeing the highest job growth,” he said. “This is likely to continue, with automation and artificial intelligence already beginning to take over manual and repetitive tasks – just think of automated self-service checkouts in retail stores or assembly lines in manufacturing plants.

“Yes robots and AI are expected to also be used as another tool to help us do our job better, but with automation taking over routine tasks it is knowledge workers who are more likely to be needed in future.

According to Dr Stephanie Pride, writing for Canterbury Employers’ Chamber of Commerce, the automation of routine manual work is already occurring in New Zealand.

She notes that clerical jobs have already dropped by 15 per cent in the last six years due to automation. With robots being added to workplaces across the country, from dispensary bots’ in pharmacies that count pills to sew-bots that cut and stitch clothes and writer bots that put together financial quarterly earnings reports, she paints a picture that supports the growing need for non-routine skills.