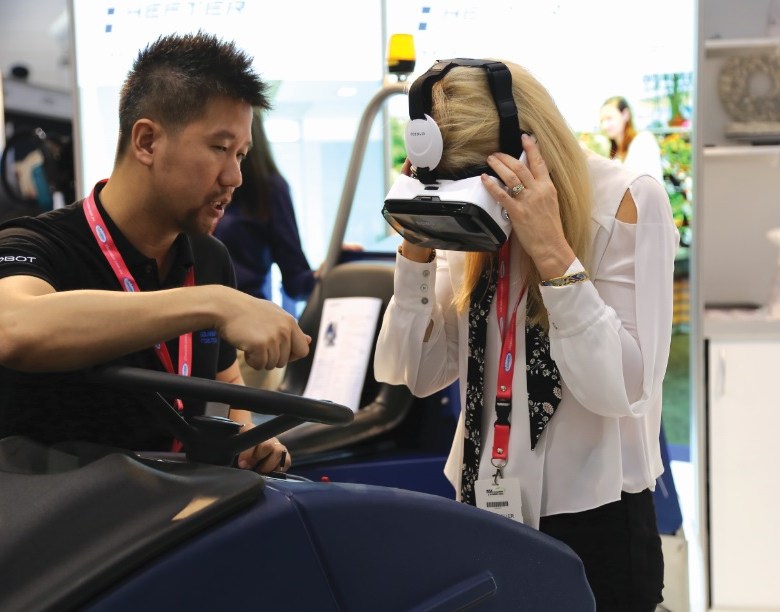 Clearlink Services is set to bring its innovative approach to cleaning to New Zealand from next year. INCLEAN NZ editor Claire Hibbit caught up with Clearlink Services managing director Fred Itaoui to talk about the business’ expansion plans.

Clearlink Services is eyeing New Zealand as its next market outside of Australia, with plans to bring its range of robotic scrubbers and sweepers, as well its newly launched VR training system, to NZ from early next year.

Clearlink Services founder and managing director Fred Itaoui told INCLEAN NZ, the idea behind Clearlink stemmed from his 20 years’ experience in the cleaning industry, having begun his career as a cleaner before moving up the ranks to senior management roles including general manager of former cleaning company, Swan Services.

“The idea behind Clearlink was to be the company the industry was missing,” Itaoui explained.

“The industry has always done the same, mundane things. Cleaning has always lacked innovation, not just in equipment but in the way the industry approaches things. The customer wants innovation but in cleaning it’s all bottom line driven.

“Cleaning companies always sell themselves short to customers. We all lower the bidding against each other rather than looking at how other industries behave and come together. In retail, if one petrol station puts up the price, they all put up the price. Whereas in cleaning if one company puts up the price everyone else drops their prices.”

“I’ve seen it from the cleaner’s side and from the client and management side, so the idea was to supply a service and solution to cleaning companies that makes them innovative because that’s what the customer wants.”

Itaoui plans to introduce Clearlink’s current range of robotic scrubbers and sweepers as well as the German-based HEFTER cleaning range to New Zealand from January 2018, with the company already in talks with local building owners.

“I introduced the first robotic scrubber in Australia four years ago, but the cleaning companies weren’t interested so I went to the building owners instead. They loved the concept and were willing to embrace innovation. Since then it’s always been our strategy to approach building owners first because they’re the drivers of technology,” said Itaoui.

In Australia, Clearlink will broaden its robotics range later this year, introducing a fleet of medium-to-large-sized scrubbers, ideal for facilities between 1500sqm and 2000sqm, as well as its first robotic car park sweeper.

“In five to seven years the cleaning industry will all be robotics. A major issue the industry suffers with today is the amount of transitional workers. But I think new technologies like robotics upskills cleaners and makes them more professional. It’s my opinion that if [business owners] have an innovative approach to new technology, they don’t have to lose their workers. Instead, they can upskill them and even keep them there for longer.”

In NZ, Clearlink will initially target universities, hospitals and shopping centres – its core industries in Australia. The company is also seeking a local partner for its newly launched robotic waste solution, which is currently being piloted by a number of Australian city councils.

Clearlink is also set to move into the virtual reality (VR) space, designing a VR-based training system for frontline cleaning staff. The online training system offers basic introduction courses, or can be tailored to a specific facility.

Wearing a VR headset, users are able view the building’s interior prior to entering and undertake practical tasks. The program can also be applied to a user’s smartphone or tablet. The training sessions are recorded and are able to be accessed by the employer.

“At the moment there’s no data that tells an employer if the staff member has been properly inducted. With our technology, the employer is able to see when the cleaner logged on and how long they spent completing the course.

“Using our VR program, the cleaner is able to virtually enter a building, visit the cleaning room, pick up a trolley, vacuum – even see where they power points are. This way they’re properly trained and feel a bit more comfortable starting work in a new environment.”

The technology is currently being trialed at a handful of commercial buildings in Australia, with the official launch slated for January 2018.

“Training is lacking in the industry and it’s hard because I would say around 70 per cent are ethnic background and English is a second language. Induction courses today tick the boxes, but do staff really understand? Being able to visual the theory reduces language barriers.”