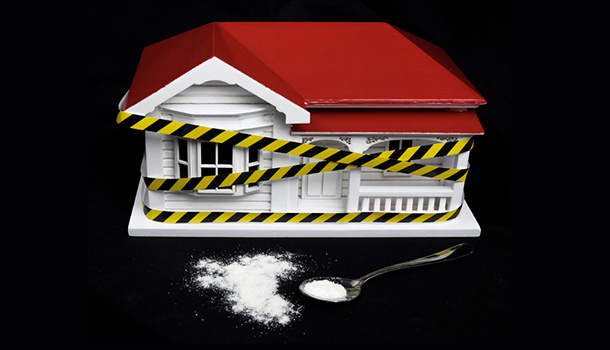 Methamphetamine (commonly known as ‘P’ or Ice) has been a well-documented social issue in our society for a number of years. The use and manufacture of methamphetamine inside property leaves chemical residue which can be hazardous to occupants. Cleaning Systems owner Rosemary Pritchard answers some commonly asked questions.

Methamphetamine is a highly addictive drug that is usually smoked but can also be snorted or injected after being dissolved in liquid. The drug affects the central nervous system and can be addictive from the very first try. Meth is relatively easy to make and many of the ingredients are found in common household products.

What is the difference between a meth lab and a user site?

Some sites are occupied by meth users who smoke the drug while living at the property. Other sites may be set up as meth labs by the people who manufacture the drug either for their own use or to sell to others. During manufacture meth precursor ingredients are combined to make the drug. Many of these precursors are readily easy to obtain.

Because meth labs are easy to set up they can be found in any type of property and in any suburb. If the site has been used as a meth lab levels of contamination are likely to be much higher than if it has only been occupied by meth users. This is especially true if the manufacturing has been on a large scale.

Does living in a meth contaminated house cause health issues?

Living in a property that has been used for smoking or manufacture of meth can contribute to a wide range of health issues. In fact, these unexplained health problems may be the first indication that occupants are residing in a contaminated house.

Is it possible to tell if my property has been used for meth use or manufacture?

As a novice it is actually very hard to tell whether you are in a meth contaminated house, especially if it was just occupied by meth users. Things to look for if a site has been used as a meth lab include:

Things to look for if a property has been a meth user site:

Is there any way to tell for sure if my property is contaminated?

The only way to know for sure if your house is contaminated is by testing for residual methamphetamine.
DIY indicative test kits are available which will give a simple yes or no result.  If a yes was derived from the initial test the recommendation would be to contact a professional meth sampler and arrange detailed laboratory testing of the property. A further option would be to for the sampler to take an initial screening test and then, if an indicative level was derived, to carry out further sampling.

How much work is involved in decontamination?

The work needed to bring your property back up to a liveable standard will be dependent on the extent of the contamination and whether the site was used simply for smoking the drug or as a lab to manufacture meth.

Meth labs require more remediation work than properties where the drug has simply been present at a user site. The chemicals and toxins involved in the manufacturing process may remain in-situ and the detectable levels of meth and precursors are higher in these properties than in most user sites.

In most cases soft furnishings including curtains and carpets will need to be removed and replaced. In more extreme cases the kitchen, bathroom and laundry work surfaces plus other fixtures and fittings may need to be removed and disposed of. There is the possibility that even parts of the property may require demolition in order to ensure the contamination has been completely eradicated.