OCS outlines strategy for the year ahead at national conference in Napier. 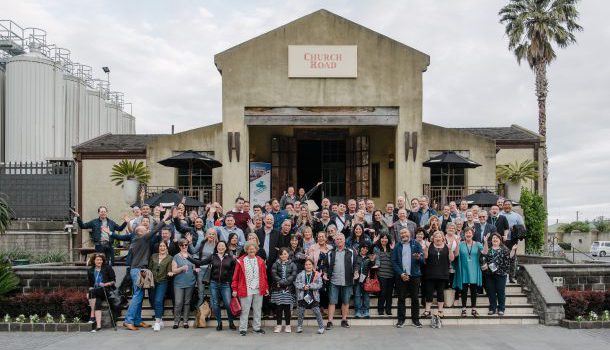 New Zealand’s largest hygiene, facilities management and cleaning company, OCS has outlined its strategy for the year ahead, with further investment in its people, technology and customer development top of mind for the services group.

UK-based OCS employs around 4200 staff in NZ, with some of its major clients including The Warehouse Group, Westfield, Christchurch Council, Auckland Airport and Air New Zealand.

Off the back of solid growth in 2016, initiatives within its strategic framework include further investment in staff development such as online training; greater focus on cross selling and bundled services, and increasing the branch footprint.

Speaking at OCS’ national conference, which centred on the theme ‘stepping up’, in Napier, Gareth Marriott managing director of OCS NZ and Australia said a simplified business approach in 2018 “will make the business better for the next generation”.

“We’re still very much a cleaning business but what we want to do is diversify. People, technology and customer development is what we have to get right,” Marriott said. “The next two years will determine where this business will be for the next generation.” 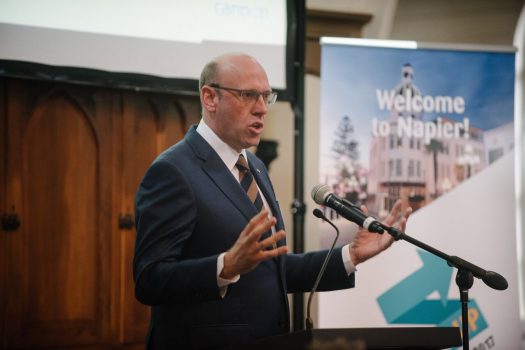 Earlier this year in May OCS NZ released its first sustainability report, with the aim to become the most sustainable business in the New Zealand cleaning sector by 2020.

One of its major sustainable initiatives is converting its vehicle fleet to include a 30 per cent mix of hybrid/electric vehicles by the end of 2019.

A 2016 initiative includes a joint venture between OCS, Auckland Airport and the Ministry of Primary Industries, working in collaboration with Air New Zealand, to recycle nearly 700kg of waste per day.

Sheard said both Australia and NZ have strong pipelines, noting Australia has restructured quite significantly over the past year, with several key appointments including a new CFO and general manager its insurance repair business, Midcity Group.

OCS Australia was awarded three Westfield sites this year – two in WA and one in NSW, while it also retained its contract with Perth Airport, as well as securing the opportunity to move into grounds and Passengers with Reduced Mobility (PRM) services.

“Recognising people” was another key theme of the three-day event, according to Marriott, with two of OCS’ longest serving team members honoured during the conference – Elva Brown and Carole Bale.

Brown and Bale have worked as cleaners with OCS NZ for 38 years and 33 years respectively. The pair join 14 other employees who have worked at OCS for more than 25 years.

The OCS conference concluded with the company’s annual gala awards. Held at Church Road winery, award categories included Branch of the Year, Supplier of the Year and OCS’er of the Year.

“Our message is very simple, we want to make this business better for the next generations to come,” Marriott said .

The highly coveted people choice’s award OCS’er of the Year was presented by Sir John Key, who also spoke at the conference, to Beckett Yang.

Yang said he felt grateful to work at OCS having started 12 years ago as a cleaner and worked his way to senior management over the past decade.

Lillian Small, outgoing CEO of the BSCNZ was also recognised for her contribution to the industry with Thank Your Cleaner Day.

“I am truly honoured and grateful that [the industry] has acknowledged this day. This day is to recognise our industry [locally] and  globally,” Small said.

Congratulations to all the winners:

OCS’er of the Year: Beckett Yang

Branch of the Year: Nelson/Marlborough

Region of the Year: Northern

Supplier of the Year – Support: 2Degrees

Supplier of the Year – Operational: Kärcher