The company – which began as a single franchise business – now has 606 individual franchised businesses. 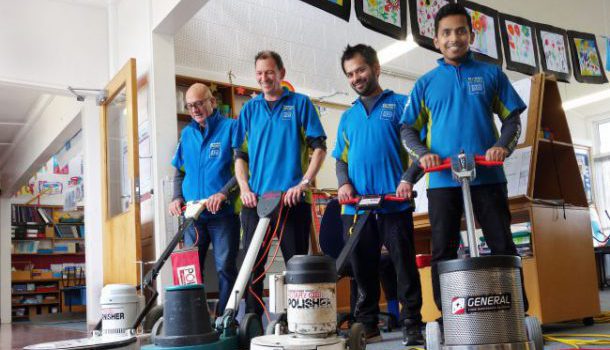 The company – which began as a single franchise business – now has 606 individual franchised businesses and involves nearly 1800 people serving more than 4000 customers throughout New Zealand.

CrestClean managing director Grant McLauchlan said at the time of CrestClean’s launch on 16 December 1996, he and his business partners identified an opportunity to build a home-grown franchised company.

“We had a clear vision to create a strong company that had the potential to grow and expand to become a well-respected national brand,” said McLauchlan.

A highlight of CrestClean’s 21st anniversary celebrations is the publication of a commemorative book, featuring the company’s personnel throughout NZ.

“It’s a snapshot of our personnel at work and is a reflection of personal pride in serving the needs of our customers for more than two decades,” said McLauchlan.

“The success of CrestClean is really the success of our people, because without people we don’t have an organisation.

“We are proud of our strong brand, our systems and our owner-operator culture. It empowers our personnel with the confidence to grow their own businesses, with the foundation and full support of a national company.”

Earlier this year the company also received Environmental Choice accreditation, becoming the only NZ cleaning company to have this endorsement.

Looking to the future, McLauchlan says he is confident in the company’s franchising business model.

“We’ve maintained double-digit growth every year, and have confidence in the continued success of franchising as a business model, and the potential to expand our market in the cleaning and property services industries.