New role set to integrate businesses on both sides of the Tasman. 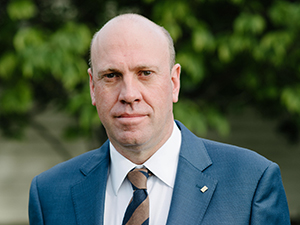 OCS NZ boss Gareth Marriott has been appointed to the newly created role of managing director for New Zealand and Australia.

The company said the move will “bring greater integration to [its] Australian and New Zealand businesses”.

Commenting on the announcement, OCS Group CEO Peter Slator said the appointment will allow OCS to develop its Pacific operations.

“Gareth has a wealth of experience, strong relationships, and a good knowledge of OCS across Australia and New Zealand, having worked in both territories since he joined us in 2012,” Slator said.

Marriott will be spending the coming months meeting with customers, employees and suppliers.

He will split his time between Sydney, Perth and New Zealand and says he’s looking forward to getting reacquainted with the Australian business.