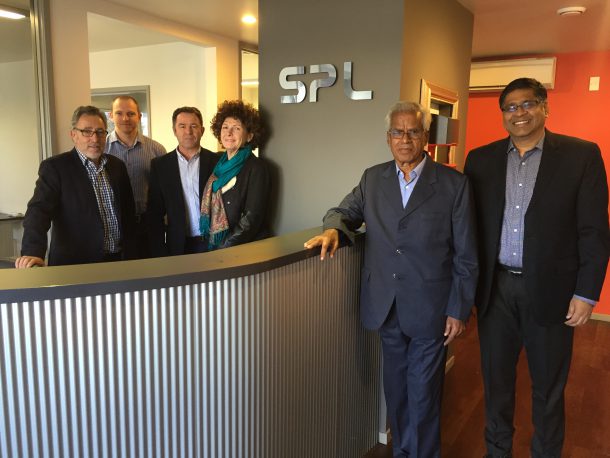 In October 2016 SPL Washrooms began exporting hand dryer parts to India after recognising an opportunity to tap into a new and untouched market. INCLEAN NZ assistant editor Lizzie Hunter spoke to SPL Washrooms director John Stares to find out how the international venture is faring.

Initially seen as a financial opportunity, the partnership soon developed into a larger project to improve hygiene and sanitation alongside an Indian government focus. At the time of the partnership, the government in India launched two initiatives.

The first was Clean India, which is designed to improve sanitation and hygiene levels in the streets of India. The second is Make in India, which encourages companies to manufacture their products in India.

“India also has one of the fastest growing middle classes in the world,” explained Stares.

“People in these classes often start expecting things that we in New Zealand take for granted, such as better facilities, better sanitation and better hygiene. We thought that if more people in India were going to start washing their hands, we were going to dry them.”

The partnership involves SPL Washrooms exporting its hand dryer parts to India, where they are assembled at a production facility in Chennai, India. Local content from India is also added to the machines. The finished product is recognised as an Indian made product, which supports the government’s Make in India initiative.

“Our original, underlying goal was to have the first Indian-made hand dryer on the market, which I believe is the case today,” said Stares.

SPL Washrooms currently supplies parts for only one type of hand dryer, but Stares expects the company will start sending over parts for multiple hand dryers soon.

“We did think we would have added more hand dryers to the range by now, but the thing about India is that everything is done at the Indian pace. You can’t push too hard. We will get there eventually, it’s just been a bit slower than we would like.”

The company is also trialling different ways to market the hand dryers.

As Stares explained: “We tried selling directly which wasn’t that successful, but now we have a showroom in Chennai. Our partner in India is also brining sales agents on board to give us a greater spread of sales personnel.”

SPL Washrooms is understood to be the only NZ-based washroom equipment provider supplying and manufacturing hand dryers in India. “There is one company in New Zealand doing a similar joint venture to us, but they are manufacturing packaging equipment in India,” said Stares.

SPL Washrooms will target a new segment in India this year, which Stares believes is currently an untouched market for hand hygiene equipment.

“We are looking at developing a special domestic hand dryer for households in India,” he said. “From our perspective, if we can teach our young people to carry out basic hygiene like washing and drying hands after going to the toilet and before eating and drinking, we will be on our way to generating a healthier, cleaner India. So, the plan is to create a hand dryer specifically designed for families to install in their homes.”

This first appeared in the November issue of INCLEAN NZ magazine.