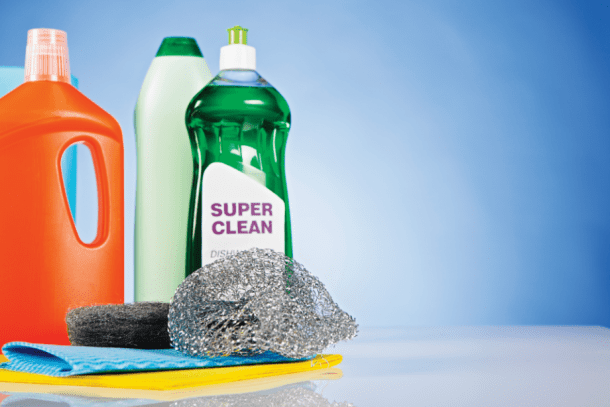 Disinfectants enjoy a fairly benign reputation among the public – here, as in most countries. For generations, ‘sensible’, organised households have had a bottle of disinfectant in the cupboard – the ubiquitous Dettol being the classic example.  And disinfectants were commonly used to bathe wounds, while a capful or two went in the bucket to clean floors.

More recently, we’ve seen the emergence and proliferation of “sanitisers”, firstly in hospitals, dental clinics and other medical environments but latterly in offices and as an item around the home. This development went relatively unquestioned.

But there are some serious issues about whether disinfectants and sanitisers should be promoted and sold for general hygiene or cleaning use. Both disinfectants and sanitisers contain biocides – chemicals that kill some microbes and bacteria – and there is a growing body of opinion that their use is unnecessary, may promote the build-up of biocidal resistance (including to antibiotics) and is toxic to the environment.

Our ecolabel, Environmental Choice New Zealand, covers a range of cleaning products but not disinfectants or sanitisers. We reviewed this in 2014 and decided not to include them for very sound reasons:

On that basis, the New Zealand Ecolabelling Trust, which administers Environmental Choice on behalf of the New Zealand Government, couldn’t establish a fitness-for-purpose specification for disinfectants or sanitisers.

Nor would we wish to, given the increasing evidence to suggest disinfectants and sanitisers should actually be removed from commercial and household cleaning regimes.  We find it alarming to see increasingly in the media claims that biocidal products can remove high percentages of bacteria from areas they’re being used on.

But more alarmingly the proliferation of products with high-levels of biocide being excessively used in work and home spaces increases the amount of such chemicals entering the ecosystem and harming it.

*This article was first published in the February edition of INCLEAN NZ. Click here to continue reading.