Cottonsoft marks milestone with move to new Auckland site, twice the site of its existing facility. 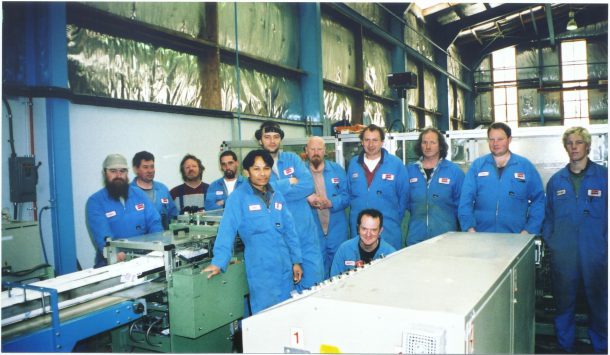 Cottonsoft Limited will be celebrating its 30 year anniversary at the CleanNZ Expo.

Over the years the business expanded into the North Island market and the product range was increased to include facial tissues, napkins and products for ‘away from home’ commercial locations, including hotels, offices and public bathrooms.

In 2002 the company was renamed Cottonsoft Limited and the CottonSofts brand was born. By 2006 the Cottonsoft business had reached the point where an additional manufacturing site was required and the Auckland factory in East Tamaki was opened in May 2007.

In 2010 the Auckland factory expanded to accommodate ongoing growth. The away from home commercial market was also expanding and Cottonsoft acquired Gracefield Limited, a distributor of products in the away from home market.

The company will be moving its Auckland operations to a new facility twice the size of its existing site in June this year.

Cottonsoft brand manager Stephanie Kernot said the building will feature a new converting machine, plus extra capacity throughout the warehouse, production and office.

“We are committed to sustainable growth in New Zealand,” Kernot said. “We recently expanded our Dunedin production facility and are developing a new business and converting hub in Highbrook, Auckland.”

Kernot said 2018 is a year of regeneration for Cottonsoft. The business re-launched CottonSofts, which Kernot describes as its “best mid-range product ever”, ahead of the move to the next site in Auckland.

“Our new production line will enable us to improve the quality of our products and allow us to operate safely and more efficiently. We will also develop our IT systems to streamline and further enhance many processes.”