NZ designer and manufacturer of technology for the construction industry crowned Kennards Hire’s Supplier of the Year 2018. 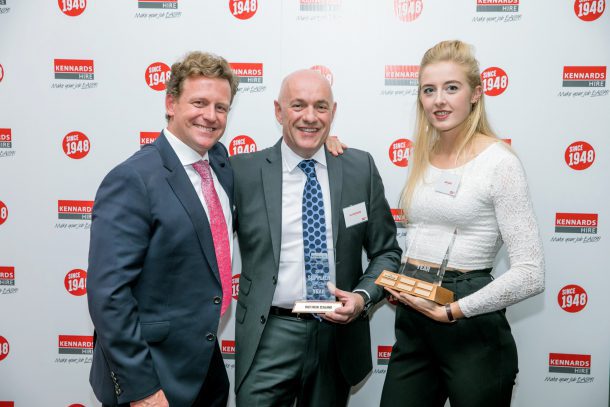 Designer and manufacturer of technology for the construction industry, Hilti (New Zealand) has been crowned Kennards Hire’s Supplier of the Year 2018.

“We are so proud to have been recognised by Kennards Hire as their best New Zealand supplier from a pool of many esteemed companies that they do business with,” said Alistair Dickie, general manager of Hilti (New Zealand).

“This award is humbling, and is a true testament to the commitment we undertook in focusing on continued improvements and investing in value adding areas within our business that makes a difference to how Kennards Hire can deliver on their values to their customers.”

C B Norwood Distributors also placed in three of the four categories that align with Kennards Hire’s core values: ‘Fair Dinkum’, ‘Every Customer A Raving Fan’ and ‘Taking Hire Higher’.

“We’ve been in New Zealand since 2012 and without the support and loyalty of our suppliers, we wouldn’t be where we are today,” said Angus Kennard, CEO of Kennards Hire.

“It was great to open another couple of branches this week in Ashburton and Hornby. And it’s the confidence we have in our suppliers to continually provide us with quality equipment, service and training that helps us expand and not comprise the service or products we offer our customers.”