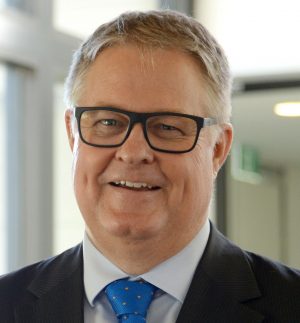 When considering the process of wiping in an intensive care ward, cleaning can become a life or death matter, according to Whiteley Corporation executive chairman Greg Whiteley.

Wiping is one of the fundamental actions in any manual cleaning process. However, as Whiteley pointed out to CleanNZ delegates, there is not one single standard or published research on which wiping process or technique works to clean a surface.

“You would think the process of how to wipe is well understood, defined and documented, but that could not be further from the truth,” Whiteley said.

“There is not one single standard method to measure wiping anywhere in the world. And that’s terrifying if you consider that 20 years ago, most infections were easily controlled and cured with antibiotics. But now we have antibiotic resistance bacteria, and standard first line medicinal treatments that are meant to protect the general population are not actually working anymore.”

Whiteley compared the results of several studies and papers published on wiping, wipes, and cleaning methods, as well as the materials used in an effective cleaning process.

“Wiping is one of the fundamental parts of cleaning, but how do cleaners actually go about carrying this action out?” he asked.

“When we consider the process of wiping in an intensive care ward with critically unwell patients who are incredibly vulnerable, cleaning can literally become a life or death matter.

“And it might surprise you with all the modern improvements in cleaning, that the dirtiest areas in a hospital are not actually around the beds of patients.”

As Whiteley demonstrated with one study in his presentation, nurse work stations were found to be one of the dirtiest areas in a hospital, recovering more drug resistant organisms than in the patient’s room.

“When hospital and cleaning staff wander through the hospital, they touch things. For example, in a point prevalent survey, we sampled one clean bed, walked through a corridor where all the clinical staff go through, to a patient bed on the other side.

“We found that the [bacteria levels] in the first patient’s room were low, and after walking through the corridor – where all the bacteria was – we arrived to the other room where there were also fewer bugs.”

Whiteley challenged attendees to think about the wiping process to improve cleanliness, reduce cleaning failure and minimise cross contamination. He also demonstrated how the “one wipe, one room” approach should be considered a standard measure for cleaning hospital facilities to avoid cross-transmission.

“Cleaning processes must be validated. Cleaning performance must be monitored with a validated series of measures and controlled with both qualitative and quantitative measurements,” he concluded.