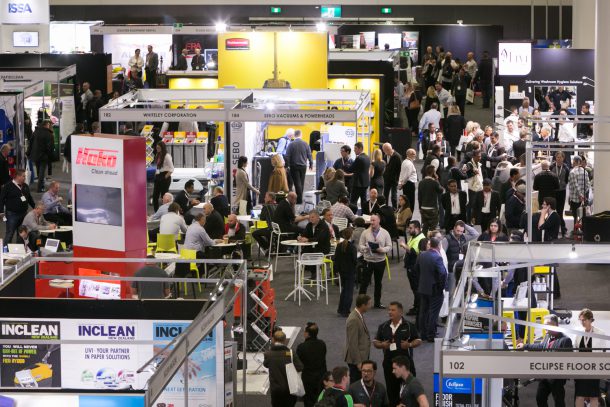 The ISSA Cleaning & Hygiene Expo has once again raised the bar for the Australian cleaning industry, with the two-day event achieving a 31 per cent increase in attendance on last year.

For the first time in its local history the ISSA Cleaning & Hygiene Expo featured a dedicated carpet and restoration wing, as well as two education theatres  – the ISSA Speaker Theatre and the SRCP Speaker Theatre.

Close to 100 attendees heard from keynote speaker and former Rugby Union legend John Eales, with the regular education sessions hosting between 30 and 40 people each seminar.

“The tagline for the ISSA Cleaning and Hygiene and Expo was ‘It’s time to shine’ and it most definitely did. With the success of 2017 there were high expectations for this year’s show and it was great to see that 2018 left its mark,” Micallef said. 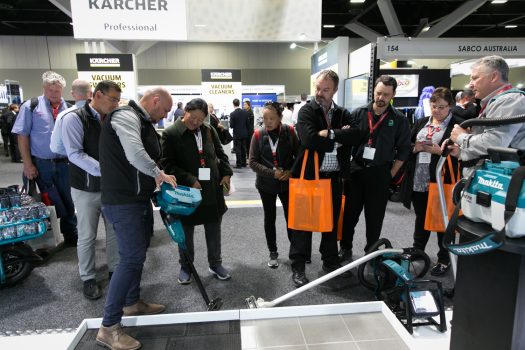 “We heard from many an exhibitors and attendees that they felt this year’s event was ‘bigger and better’. The show commenced extremely well with pre-registrations at a much greater number and was followed over the two-day event with attendee numbers up 31 per cent against prior year. We seem to be building outstanding momentum and growing national interest. It is fantastic to see the industry really getting behind this Expo.

“From the moment of opening on the first day we had a queue at the registration desk. The vibe on the show floor was electric, the aisles were filled and the hall was abuzz. It was made even better the second day to see the continued interest.

“The environment was energised by the efforts of the speakers, workshops and of course the exhibitors – many of which had taken up larger stands and had made their space inviting and interactive. We saw new product launches, a greater number of product demonstrations, as well as the use of interactive devices on stands.” 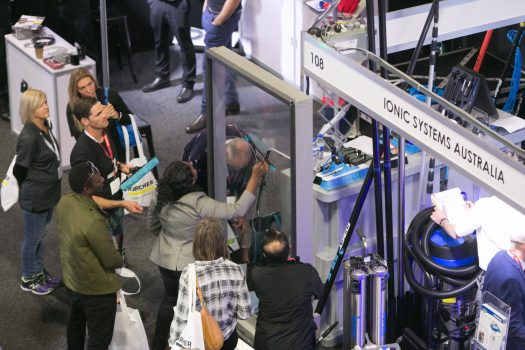 “What is also noteworthy is the recognition that the ISSA Cleaning and Hygiene Expo, Australia is gaining internationally. There were attendees stemming from 16 countries. We had teams visiting from Malaysia, Singapore, Spain, Netherlands, Germany and China, just to name a few. It is great to see the growth the show has experienced and it’s exciting to see the direction it is headed.” 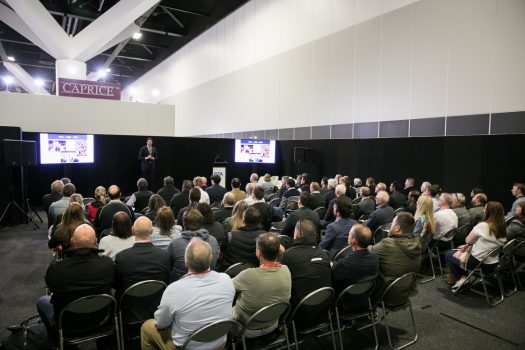 SRCP committee president Gidon Kabaker said the success of the dedicated carpet and restoration wing was a significant achievement for SRCP (formerly known as SCRIA prior to its merger with ISSA).

“I received a lot of positive feedback from the vendors and most of the [SRCP Theatre] education sessions were well attended which was positive to see. Going forward I think next year will be an even bigger and better event,” Kabaker said.

Lucas Paris, sales and marketing director – professional of Karcher Australia, platinum sponsor of the ISSA Cleaning & Hygiene Expo, applauded the presentation and organisation of the exhibition.

“There was a massive increase on foot traffic last year which was great to see, and there was a really positive buzz around the exhibitors,” Paris said. 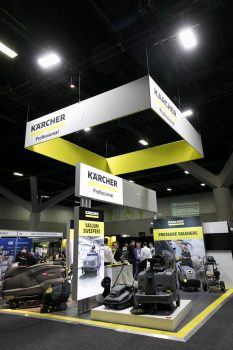 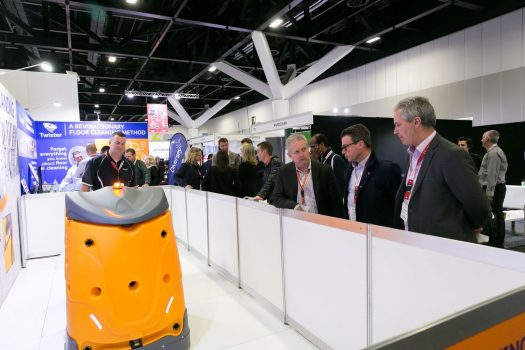 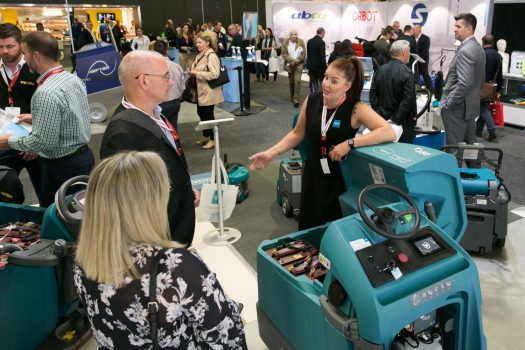 Errol Goldberg, managing director of Pall Mall said the event was a giant step up from last year’s inaugural trade show in Melbourne.

“The first ISSA show in Melbourne last year was a giant step up from trade events in Australia over the last decade, and this year’s in Sydney was another step up from that again. 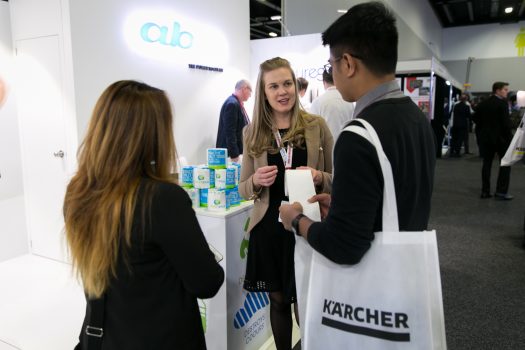 Day one concluded with networking drinks and the presentation of the 2018 INCLEAN Innovation Awards. The awards received a record number of entries across four of the five categories including Equipment, Services & Technology, Chemical Agents and Janitorial Items. Day two concluded with networking drinks hosted by ISSA and SRCP, a division of ISSA.