Rosemary Pritchard-Lundy weighs in on the Gluckman report and what it means for the methamphetamine testing and remediation industry. 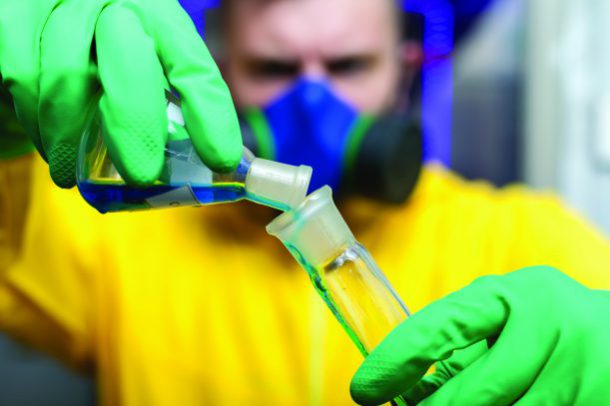 Rosemary Pritchard-Lundy* weighs in on the Gluckman report and what it means for the methamphetamine testing and remediation industry.

On 29 May 2018 the Prime Minister’s Chief Science Advisor, Sir Peter Gluckman, dropped a bombshell with the release of his report, Methamphetamine contamination in residential properties: Exposures, risk levels, and interpretation of standards.

The report had many in New Zealand rejoicing while the testing and remediation industry was left reeling.  This article looks at the findings of the Gluckman report, what it means for those working in the industry and where to from here.  The Gluckman report was commissioned by the Minister for Housing and Urban Development, the Honourable Phil Twyford. The conclusions of the report can be summarised as follows:

Following the release of the Gluckman report Minister Twyford announced with immediate effect Housing NZ would change its policy so that hundreds of properties with contamination levels of up to 15/100cm2 could be put back into use.  Minister Twyford also stated that within 12 months a new, less stringent, standard would be made.

Various public and private sector organisations have had varied responses to the Gluckman report, for example:

What is consistent is that the media and others have vilified the methamphetamine testing and remediation industry for supposedly hyping up what is now being referred to as the ‘meth-house’ myth. Some industry colleagues have been criticised and threatened for working to NZS 8510:2017, when they believed it was best practice to do so.

It is worth considering how we got NZS 8510:2017.  From August 2010 to June 2017 guidance came from the Ministry of Health Guidelines for the Remediation of Clandestine Methamphetamine Laboratory Sites.  The Ministry of Health Guidelines stated the acceptable level, after remediation, was 0.5/100cm2. This guideline was based on the Australian Clandestine Drug Laboratory Remediation Guidelines which recommended a level of 0.5/100cm2.  In Australia, that guideline remains in effect.

To assist the making of a standard in New Zealand, the ESR (New Zealand’s Crown research institute) published a report in 2016, Review of Remediation Standards for Clandestine Methamphetamine Laboratories: Risk Assessment recommendations for a New Zealand Standard.  The ESR report recommended:

Critics of NZS 8510:2017 say that the 1.5/100cm2 level should not have been applied to properties where methamphetamine has been used as opposed to manufactured.  Some say the Gluckman report sensibly highlights different requirements for former labs and sites of use.

However the 2016 ESR report clearly considered both situations and recommended clean-up levels of 0.5/100cm2 for former labs and 1.5 – 2.0/100cm2 for non-labs.  It is understood that the Gluckman report considers the same information available to the ESR when completing the 2016 report.

I recently approached the ESR to enquire whether it stands behind the recommendations in its 2016 report, in light of the Gluckman report. I was advised in response that the science in both the ESR report and the Gluckman report are correct, however, it is the interpretation of the resulting level that differs.

So, which is right – NZS 8510:2017 or the Gluckman report? What is the safe level – 1.5/100cm2 or 15/100cm2 or something in between?  As I understand it, the scientific research is not yet in a place to give us a definitive answer.  Even the Gluckman report acknowledges “absence of evidence is not evidence of absence of an effect.  There is a clear need for more research and a co-ordinated inter-agency effort to build up a robust dataset.”

Dr Jackie Wright of Flinders University in Adelaide completed a thesis in 2016 titled, Exposure and Risk Associated with Clandestine Amphetamine-Type Stimulant Drug Laboratories. Dr Wright was consulted and her thesis referred to in the Gluckman report.  However, Dr Wright has advised key research was not considered in the Gluckman report, which she provided to Mr Gluckman’s office.  Those matters overlooked include:

Conclusions from the Gluckman report

In my own experience I see the following issues with the conclusions in the Gluckman report:

The coming months will undoubtedly see a number of developments in this area.  The Residential Tenancies Amendment Bill (No 2) will soon have its second reading in Parliament. If the Bill is approved it allows for the Governor General, on the recommendation of the Minister, to make regulations which can include the following matters:

In making recommendations the Minister is to have regard to any relevant NZ Standard (NZS 8510:2017 in this case). Once such a regulation is made it will legislate the maximum acceptable level of methamphetamine contamination, which will likely supersede any voluntary NZ standard.

Minister Twyford has indicated the Gluckman report, along with NZS 8510:2017 will contribute to any regulations that may be made under the Residential Tenancies Bill (No 2).  He further stated: “I expect, pending Cabinet agreement, that there will be a public consultation document on meth regulations later this year”.

Public consultation on acceptable methamphetamine contamination levels or a review of NZS 8510:2017 will be a key step towards resolution of the issues currently faced.  Accordingly one would hope that such process will not be bypassed by Minister Twyford in favour of making regulations under the Residential Tenancies Bill (No 2) once it is passed. Accordingly it is important for the industry to call for the review of NZS 8510:2017 and to actively participate in such review when the time comes.

Where to from here?

Where does that leave those working in the industry in the meantime?  Until NZS 8510:2017 is reviewed or a level is confirmed in legislation, it remains best and safest practice to work to NZS 8510:2017 (particularly considering recent Tenancy Tribunal decisions and the approach of insurance companies).

However NZS 8510:2017 is voluntary.  Accordingly, before commencing any work it will be important for practitioners to have frank discussions with clients about their expectations.  Practitioners should ensure that they have clear instructions from clients regarding the level they are expected to work to and if necessary record such understandings in writing.

Whilst there is concern about what the Gluckman report will mean for the industry, what prevails with every industry colleague that I have spoken to is a genuine concern about the safety and wellbeing of New Zealanders who will be affected by contaminated properties.

We are yet to see the full impact of the Gluckman report and the outcome of any review of NZS 8510:2017, but by actively participating in any public consultation it is hoped that a credible standard can be reached that will give confidence to both the public and the industry.

This was first published in the August issue of INCLEAN NZ