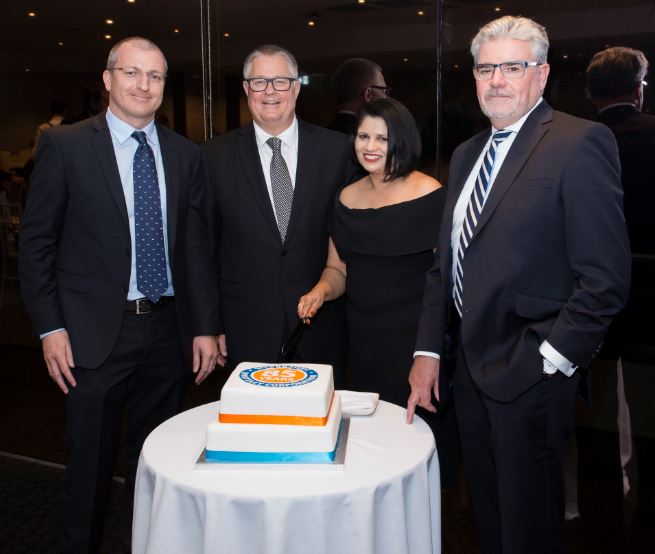 Whiteley Corporation has celebrated its 85th anniversary with an event hosted in Sydney.

Held at the Taronga Centre in Mosman, local, interstate and international guests were welcomed by Whiteley managing director Darran Leyden, who thanked staff, past and present, who have helped build the company over the past 85 years.

Whiteley non-executive director John Stewart said the anniversary was a significant milestone for a private company in Australia, comparing Whiteley to other major companies such as Woolworths (93 years), Coles (103 years) and CSRIO (102 years).

“Whiteley is not far behind at 85 years in the market, backed by the passion, hard work and homes of the Whiteley family,” he said.

“It really is quite an achievement in Australia to have a private company that has lasted this long and is a successful as Whiteley.”

Founded in 1933 as the Australian General Disinfectant Company (AGDC), the company supplied cleaning and hygiene products for the entertainment industry. In 1971 Reg Whiteley joined AGDC, and in 1976 the company was renamed Whiteley Chemicals, eventually becoming Whiteley Corporation in 2005.

In 1982 Reg Whiteley began collaborating with Professor Yvonne Cossart and Dr Karen Vickery at the University of Sydney to research disinfection and viruses. This research led to the development of a multitude of products, including the first wet biofilm remover Matrix.

In 1992, Whiteley took the unusual step of appointing a fully independent board of Directors for oversight and governance of the business on a fully professional basis. In 1995 the company moved to a purpose-built facility at Tomago, in the Hunter Region.

“Over the years our strength in the areas of innovation, scientific expertise, and entrepreneurial spirit has seen us experience significant growth,” said Leyden.

“The company has expanded rapidly in size since moving to Tomago and we have exciting growth plans in the pipeline.”

Three generations of Whiteleys were working for the organisation up until recently; Reg has retired from the Board of directors and Dr Greg Whiteley is now executive chairman. Greg’s son Mitchell is currently the business development manager for the sport floor sector.

“This project is a good example of Whiteley Corporation’s commitment to ongoing research, which will lead to an increase in industry diversification, create the need for new skills, and employment opportunities for the Hunter Region” said Dr Greg Whiteley.

“The growth in therapeutic treatments will include further investment at our core Hunter site at Tomago, where we are working on plans for the next stage of development, including the first full Human Therapeutics Manufacturing Plant in the Hunter region.

“We are as excited about our future, as we are grateful for our history, and for the contribution of so many staff who have made this a great company.”