Spotless names new CEO as former chief steps down after less than 18 months. 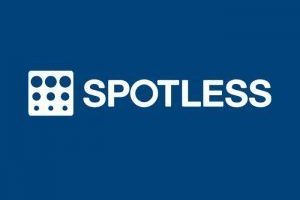 Tompkins takes over from former CEO and MD Dana Nelson after less than 18 months in the role. Nelson joined Spotless in 2010, became COO in 2015 and was appointed CEO in August 2017 following Downer EDI Limited’s takeover of Spotless.

Tompkins, currently Downer Group general counsel and company secretary, will replace Nelson from 16 October. It is understood Nelson will work with Spotless over the next six months on integration and transition.

Spotless chairman John Humphrey said Tompkins has been a member of the Downer Executive Committee since 2011 and for the past year he has led the Downer-Spotless team addressing the various operational and commercial issues at the new Royal Adelaide Hospital.

“Peter has an extensive range of skills that has made him a highly valued member of the senior executive team at Downer. He has considerable operational experience and we are confident he will drive high levels of customer service and performance at Spotless,” Humphrey said.

Peter Lyons, who has been joint company secretary since 2011, will remain in his role.