Commercial cleaning service provider wins award for the third time, having previously won the title in 2008 and 2015. 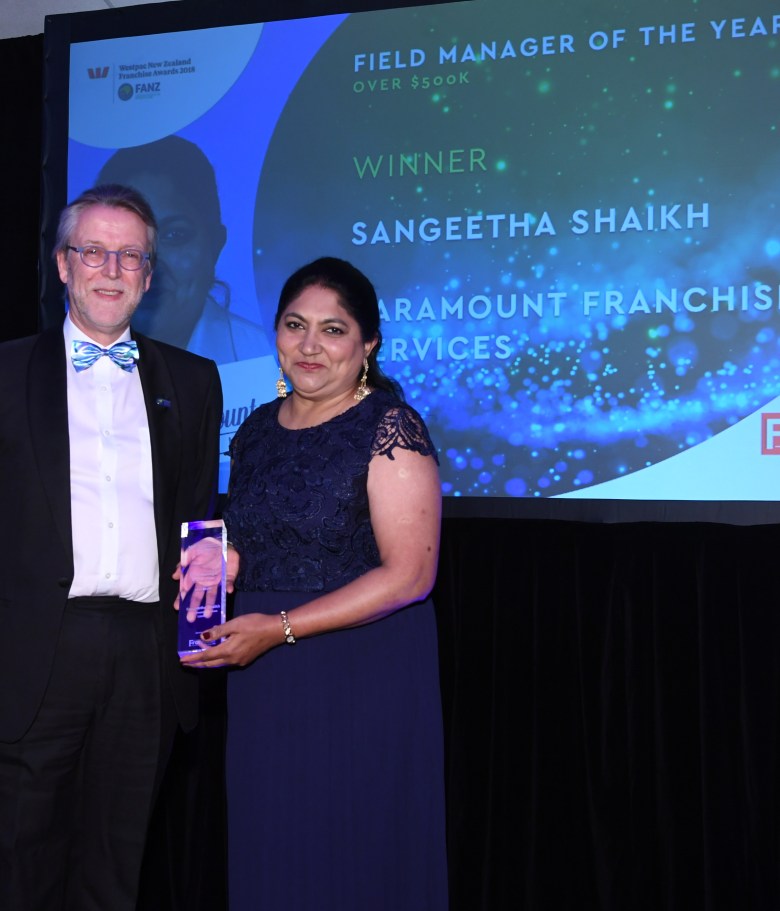 Commercial cleaning service provider Paramount Services has taken out the Westpac Supreme Franchise System of the Year for the third time, having previously won the title in 2008 and 2015.

The business-to-business franchise received the award at the 2018 Westpac New Zealand Franchise Awards, held in Auckland on 10 November.

Founded by Galvin and Suzanne Bartlett in the 1979, Paramount Services has 167 franchisees servicing 2400 clients including banks, cinemas, offices, industrial sites and more around New Zealand. The business launched into Australia in 2012, where it operates as Paraserve.

The commercial cleaning company was also named Best Business Services Franchise for the seventh time, while Paramount’s Sangeetha Shaikh won Field Manager of the Year award for the third time in recognition of the support she provides franchisees.

In naming Paramount Services Westpac Supreme Franchise System of the Year for 2018, the judges said: “The application provided by Paramount highlighted their longevity as a franchisor in this industry.

“Strengths of this franchise are its ability to leverage its diverse workforce through well-designed processes, the capture of mission critical data, and the ability to transform that data into organisational improvements and continued results.”

“We were thrilled to be able to honour many of our members who have invested a large amount of time and dedication into the awards process and their franchise businesses,” he said.

Westpac spokesperson Daniel Cloete said it was a privilege to sponsor the prestigious franchise awards, which celebrate the very best in franchising excellence.

“The franchise finalists and winners who have entered demonstrate what it means to achieve and adapt in today’s complex business environment, we are delighted to acknowledge their successes,” said Cloete.