Waikato company and director ordered to pay $37,500 after underpaying six cleaners more than $17,000. 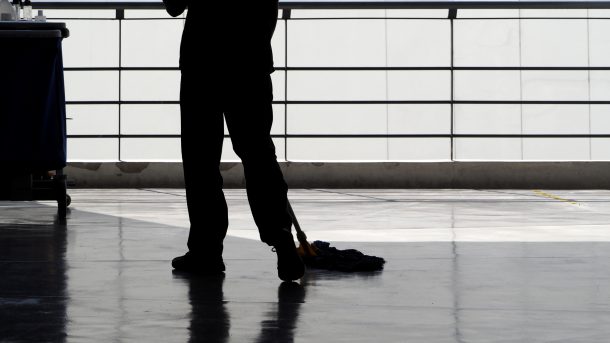 Waikato company Jagran Property Services and its sole director have been ordered to pay $37,500 by the Employment Relations Authority (ERA) for underpaying six staff more than $17,300.

A Labour Inspectorate investigation found Jagran, owned by Jagendra Prasad, failed to pay minimum wage and holiday pay, keep accurate records and charged an employee a premium to have a work visa.

Jagran operates a Crew Care Commercial Cleaning and Green Acres Mobile Care Valet in Waikato and differing employment breaches were found across six of Jagran’s employees. Jagran has been ordered to pay $25,000 and Prasad $12,500.

Labour Inspectorate regional manager Natalie Gardiner said the  investigation into Jagran came from a complaint an employee made regarding not receiving wages and a requirement to make a payment to support her work visa.

“We then undertook an investigation into Jagran’s employment practices and found further breaches affecting five other employees. These breaches left employees out of pocket and one employee concerned about her visa status,” Gardiner said.

“While arrears have now been paid, the employee that made the complaint was made to survive for an extended period of time with little earnings for many hours of work.

“This non-compliant business model meant Jagran’s employees were exploited while his business benefitted.

“This also sends a strong message for larger companies or franchise operations. Non-compliant business models should be monitored from the very top of the supply chain.

“It’s important that businesses are able to provide assurance to consumers that their operating model has its workers’ treatment at front of mind.

“Cleaners are around us every day but can often be an invisible and the most vulnerable workforce, cases like this should send a message to consumers to think carefully about worker pay and conditions when hiring a service such as home or office cleaning.

“Treatment of workers like this undermines the New Zealand ethos of a fair days work for a fair days pay. It also puts law abiding businesses at a disadvantage and they can’t compete on prices,” Gardiner said.

Migrant workers are a particularly vulnerable section of the workforce, as they’re less likely to be aware of their rights and entitlements and can be concerned regarding their visa status.

“Migrant workers have the same employment rights as all other workers in New Zealand, and the Inspectorate works with Immigration NZ and other government agencies as part of a whole-of-government approach to combat migrant exploitation,” Gardiner said.

The students, who travelled from India to New Zealand on six-month fixed term contracts as part of the placement requirements for their hospitality degrees, claim they were underpaid, overworked and if they complained, were threatened with deportation.

Building Service Contractors NZ (BSCNZ) CEO Sarah McBride labelled the accusations at the time as disturbing but a valuable lesson for the wider business community to be more aware of the implications in contracting a company that is blatantly abusing the rights of their staff.

“This story provides a valuable lesson to the wider business community to be more aware of these issues within our industry and understand the implications to their business in contracting a cleaning company that is blatantly abusing the rights of their staff.

“Our industry is one of the most labour intensive in New Zealand, and should be founded upon excellent HR practices.”