Auckland-based distributor Premier Hygiene has been sold to Certus Group. 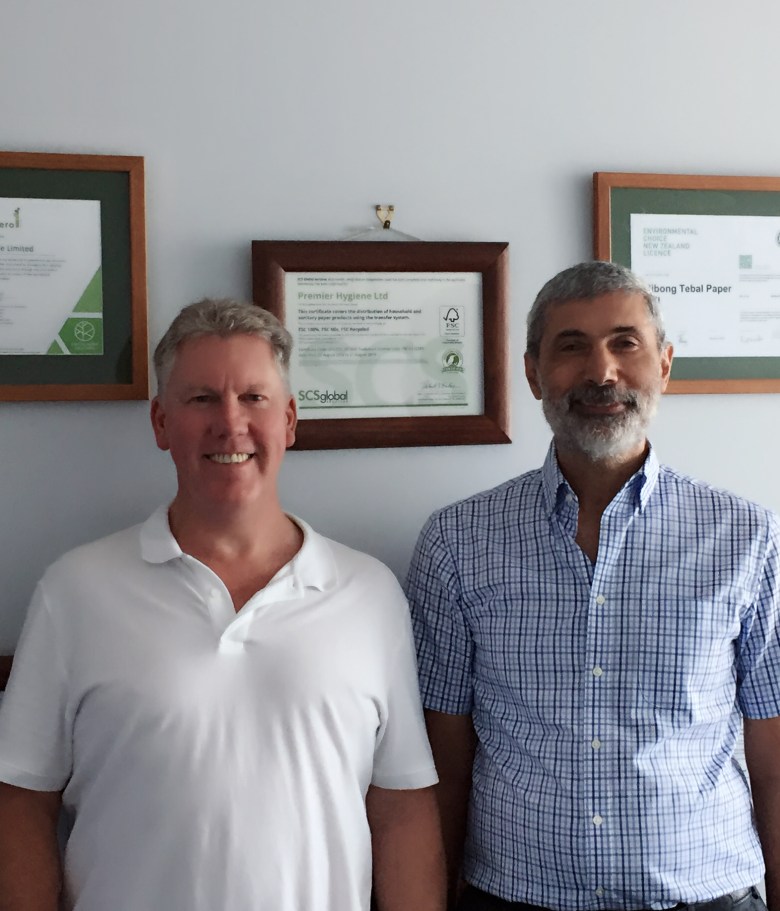 Auckland-based distributor Premier Hygiene has been sold to Certus Group.

The acquisition follows the retirement of Premier Hygiene partner Albert Toh, whose shareholding of the company was sold to Certus Group.

Premier Hygiene’s remaining partner Essam Yousef, has stepped down from his position as general manager but will retain a 25 per cent of the business.

First established in 1996 by Yousef and his brother under the name ‘Taipac’, Premier Hygiene originally specialised in the distribution of hygiene and packaging supplies to supermarkets and retail stores such as Bunnings.

In 2005 the company rebranded to Premier Hygiene & Packaging, however, due to a growing customer base, the company became a standalone entity in 2011 and began trading as Premier Hygiene, specialising in the distribution of janitorial and paper hygiene products.

Certus Group was established in March 2014, and is managed by directors Carlos Da Silva, Timothy Aitken and Mark Thomas Hickmott.

Yousef told INCLEAN NZ he will continue to work with Premier Hygiene on a consultancy basis, looking after major customers accounts, as well as managing overseas suppliers and new product developments.

“After discussion with Carlos Da Silva, Mark Hickmott and Tim Aitken from Certus Group, we decided that they are a good fit for Premier Hygiene,” said Yousef.

“They liked our business model and want to be part of supporting Premier Hygiene future development and growth. Certus Group have committed to the same customer service that has been experienced over the past 10 years.”

Paul Wilde, who previously held the role of sales manager, has been appointed general manager – sales.

Wilde has worked in the cleaning industry since 1991. Originally from South Africa, Wilde worked for IndustroClean and Nilfisk South Africa until moving to New Zealand in 2016.

“I believe that building a solid team with a focus on customer service will be the strength of the business going forward,” Wilde told INCLEAN NZ.

“Premier has always been known for its openness and complete honesty backed by quality products and we will not look at changing that at all.”

Within the next five years, Yousef told INCLEAN NZ he hopes to see Premier Hygiene become the largest privately-owned distributor of hygiene products in New Zealand.

“We are always looking at new ideas and innovations, so we can continue to source introduce new products from Europe and America to New Zealand and supply all the big players in the market with the latest innovations,” Yousef said.

Premier Hygiene is understood to be the only company in Australasia to supply FSC (Forest Stewardship Council), ECNZ (Environmental Choice New Zealand) and carboNZero accredited products.

“We are the only company in Australasia to have the three most important accreditations at the same time,” said Yousef.

FSC is a global certification system that enables specifiers to identify and purchase wood from well-managed forests.

ECNZ accredited products are products that have been proven to be better for the environment.

One thought on “New owner for Premier Hygiene”