Difficulties in finding staff with suitable skill levels are reaching critical levels for the majority of employers. 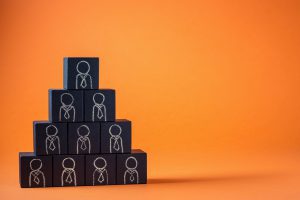 Difficulties in finding staff with suitable skill levels are reaching critical levels for the majority of employers, who identify skills shortages as the major issue facing their businesses, according to the Employers and Manufacturers Association (EMA) 2018 Employers Survey.

In the current labour market, 79 per cent of employers say it’s “difficult” or “very difficult” to find skilled staff. This is an increase on 72 per cent in the previous two years.

The skills mostly lacking are technicians (for 32 per cent of employers), professionals (for 28 per cent) and machinery operators (for 20 per cent).

“Increasingly employers are looking to the immigration market, technology, or taking on relatively unskilled staff to train them up.”

Seeking skilled migrants from offshore has become a solution for more employers this year with 33 per cent looking to solve their problem through immigration compared to 23 per cent a year ago.

Employers are also addressing their skill needs in other ways.

Recognising the ongoing need for employers to train their staff, the EMA offers more than 100 different training topics, delivered as seminars, conferences and courses up to Diploma level, and provided onsite at EMA or at employers’ own premises, or online.

The survey also showed the majority of employers (70 per cent) are finding it “difficult” or “very difficult” to recruit for any position let alone skilled roles. This is an increase of 9 per cent compared with the same time a year ago.

But 47 per cent expect conditions to remain relatively steady in the year ahead, on a par with a year ago.

The 2018 Survey respondents (206) were mostly owner-operators with fewer than 50 staff, and were located in the EMA’s membership region from Taupo northwards.

The main employment sector contributing to the survey was manufacturing (28 per cent), followed by wholesale trade (8 per cent), construction (7 per cent), then retail trade, professional, scientific and technical services and health care (each at 6 per cent).

Read the full findings of the 2018 Employers Survey here at ema.co.nz