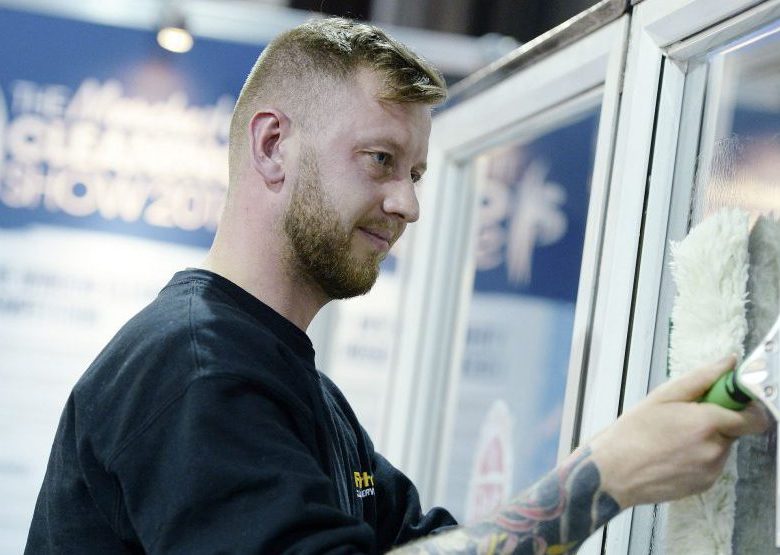 The UK’s Window Cleaning World Cup is calling on windows cleaners from Australia and New Zealand to take part in the inaugural event.

The competition will take place at cleaning and hygiene event, The Cleaning Show, in London on 19 to 21 March this year.

Sponsored by Unger, The Window Cleaning World Cup is set to see window cleaners from across the globe taking part as official representatives of their countries as well as representing themselves and their respective companies.

Participants will be tasked with cleaning three 114.3 cm x 114.3 cm office windows set in a frame with a 300 mm long squeegee and nine litres of water in the fastest time.

Competitors must also remember to wipe the window sill, and any smears will incur time penalties which are then added to their final time.

In addition to getting the chance to break the current window cleaning Guinness World Record of 9.14 seconds, set in 2009 by Britain’s Terry ‘Turbo’ Burrows, the fastest window cleaner will win a cash prize of £1000 (more than $AU 1500 ).

Female window cleaners are being encouraged to take part and will be able to battle it out for a separate World Cup title and another 1000 pounds in cash.

They will also get the chance to break the woman’s Guinness Window Cleaning World Record which stands at 16.28 seconds, set by Britain’s Deborah Morris at the 2011 UK Cleaning Show.

Both the Guinness World Record Challenges, and the Window Cleaning World Cup competition, will be adjudicated by the Federation of Window Cleaners (FWC), the UK’s official window cleaning trade body.

Andrew Lee, chairman of the FWC, said the organisation wanted to add an extra incentive to encourage the world’s very best window cleaners to come to London and get involved.

“Both Terry and Deborah’s records have stood for a very long time and we felt it was time we highlighted to our fellow window cleaners around the world, including those from across Australia and New Zealand, that in March in London there’s a great opportunity for someone to break the Guinness World Record,” he said.

“We hope the combination of a potential Guinness World Record win, £1000 pounds in cash, and the right to call yourself the world’s quickest window cleaner on behalf of your country, will tempt more international participants to make the trip.”