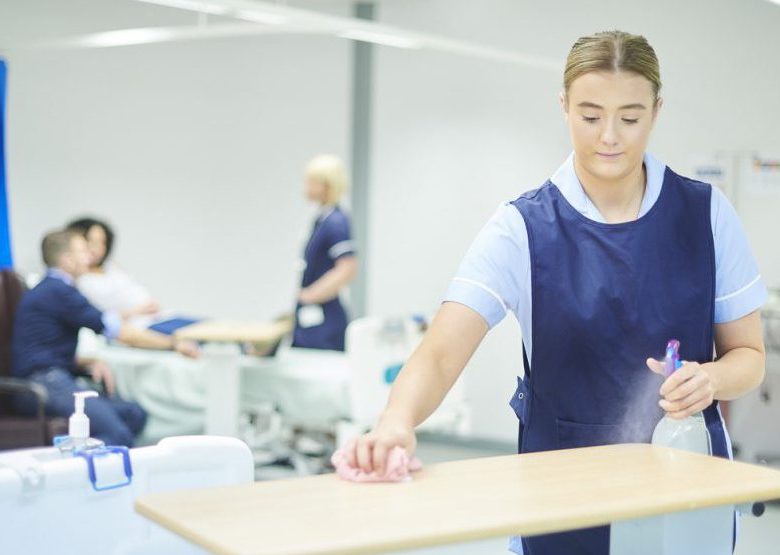 Cleaners and kitchen staff employed by OCS New Zealand have voted to strike after failing to agree with the contractor to the same pay deal as directly employed district health board (DHB) workers covered by the new multi-employer collective agreement (MECA).

The MECA finalised by trade union E tū in November, sets the conditions for about 3500 service workers, including cleaners, laundry workers, orderlies, catering and security staff at the country’s 20 district health boards.

The affected OCS staff, who work at Hawkes Bay DHB and Wairarapa DHB have reportedly voted to walk off the job for 24 hours on 26 February.

Most directly employed workers have either received their first pay rise or have a date when the increase including backpay will be paid.

E tū industry coordinator Sam Jones said OCS has so far failed to respond to members’ claims with respect to the MECA, nor to settle on the same terms.

“It claims there is no settlement yet because of hold ups at the DHB funding end. The DHB says there is no problem, pointing the finger back at the contractor.

“Either way, this isn’t good enough after the settlement was signed off and promoted by the Ministry of Health, and the Health Minister himself.”

OCS told INCLEAN NZ it has been working with both the Wairarapa and Hawkes Bay DHBs, and the E tū union since November last year in order to progress discussions relating to a new service workers agreement.

OCS general manager central region Clinton McKee said OCS has been working with the union and the relevant DHBs with some urgency, in order to progress discussions around the contractor agreement.

“As a third party contractor, the discussions involved in such an agreement are slightly more complex. However, we have been actively working with all those involved to get into the position where we could respond fully to the union’s proposal,” he said.

“We have been keeping the union updated on these developments and we are working towards meeting with them in the first week of March. Our aim would be to reach an agreement as soon as possible when these discussions recommence.”

McKee said OCS was under the impression it had an “informal agreement” with the union around this timeline, adding the company was “surprised” by reported developments today.

“We are extremely mindful of our obligations to our people. However, we also have an obligation to our clients in terms of managing budget and cost. It is a balancing act, but we remain committed to reaching an agreement that works for everyone.”

OCS has received the formal strike notice from the union, but still hopes to proceed with their scheduled meeting in early March.

“We sincerely hope that this surprising development does not delay the discussions we were set to have so that we can provide some certainty to our people and our clients.”