Beverage company says 70 per cent of plastic bottles manufactured in Australia will be made from recycled plastic by end of 2019. 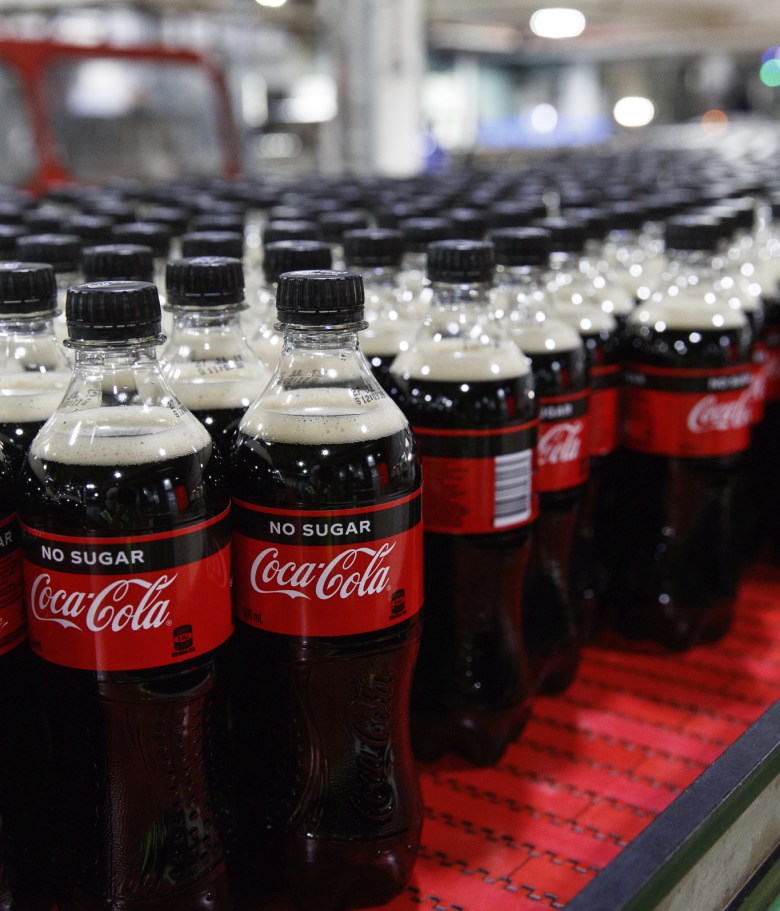 Coca-Cola Australia and Coca-Cola Amatil have announced a major increase in the use of recycled plastic as part of a global commitment to help solve the world’s packaging problem.

The world’s largest beverage company said 70 per cent of the plastic bottles manufactured for it in Australia will be made entirely from recycled plastic by the end of 2019.

This will double Coca-Cola Amatil’s use of recycled plastic across its beverage range. It includes all small packages 600ml and under, including brands like Coca-Cola, Sprite, Fanta, Mount Franklin and Pump 750ml.

“That is why we will make 70 per cent of our plastic bottles entirely from recycled plastic by the end of 2019.

“This is a big commitment to recycled plastic – the largest of its kind by a beverage company in Australia – and will significantly reduce the impact of our business on the environment.

“Coca-Cola’s goal is to keep plastic packaging out of our oceans and landfills and instead be used over and over again,” Thati said.

Peter West, managing director of Australian Beverages at Coca-Cola Amatil, said the increase in the use of recycled plastic means the company can avoid using around 16,000 tonnes of virgin plastic each year from 2020.

“We’ve heard the community message loud and clear – that unnecessary packaging is unacceptable and we need to do our part to reduce it nationwide.

“That’s why we’ve taken this step to make recycled plastic the norm in more than two-thirds of our Australian beverage product range.

“It’s the single largest increase in recycled plastic use in our history, and our strongest step forward in reducing packaging waste and the environmental impact of our operations.”

West said Amatil’s increased use of recycled plastic followed initiatives such as the elimination of plastic straws, support for cost-effective well-run container deposit schemes and the company’s support for the 2025 National Packaging Targets.

“Our landmark transition to use 100 per cent recycled plastic in bottles began with Mount Franklin Still Pure Australian Spring Water in 2018[2]. Following extensive research and development, this will now roll out across other brands in bottles 600ml and under, across Coca-Cola’s soft drink, water and juice products.”

Both companies support The Coca-Cola Company’s global goal of reducing waste and by 2030 collecting and recycling as many cans and bottles as it sells each year.