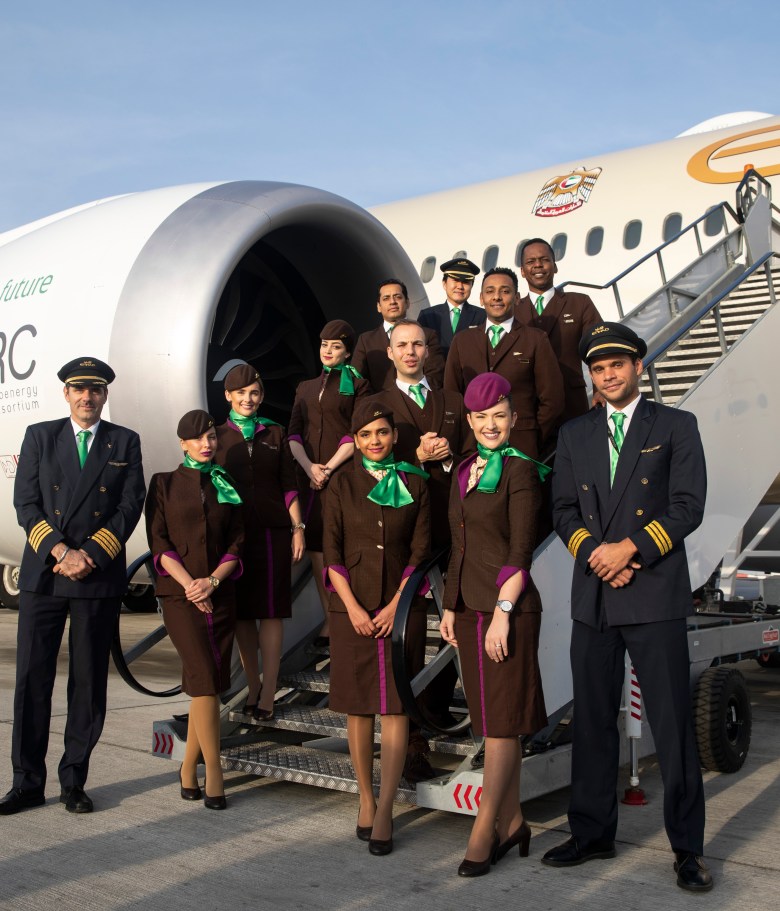 Etihad Airways, the national airline of the UAE, will be the first airline in the region to operate a flight without any single-use plastics on board, in a bid to raise awareness of the effects of plastic pollution.

The flight is part of Etihad’s ongoing commitment to the environment, to go beyond Earth Day celebrations, and pledge to reduce single-use plastic usage by 80 per cent not just in-flight, but across the entire organisation by the end of 2022.

Last year, the United Nations called for global action to beat plastic pollution, stating that 400 million tonnes of plastics are produced every year, 63 per cent of which are intended for single-use. Governments around the world are starting to ban single-use plastics – something the Environment Agency – Abu Dhabi (EAD) advocates.

Tony Douglas, group CEO Etihad Aviation Group, said: “There is a growing concern globally about the overuse of plastics which can take thousands of years to decompose. We discovered we could remove 27 million single-use plastic lids from our inflight service a year and, as a leading airline, it’s our responsibility to act on this, to challenge industry standards and work with suppliers who provide lower impact alternatives.”

Buzz, Etihad’s current supplier of amenity products, are supporters of the project and have collaborated with the airline to provide sustainable amenity kits, eco-plush toys and award-winning eco-thread blankets. Buzz pioneered and produced the blankets out of recycled plastic bottles.

In some instances, the sustainable choice was easy. Etihad worked with suppliers to ensure products were not wrapped in single-use plastics. For others, more innovative products had to be sourced including Cupffee’s, edible coffee cups, made entirely out of natural grain products.

Etihad identified more than 95 single-use plastic products used across aircraft cabins, most of which were replaced with eco-friendly alternatives including cups, cutlery, dishes, headset bags, cart seals and toothbrushes. Once removed from this flight, Etihad prevented more than 50 kilograms of plastics from being landfilled. Where suitable replacements could not be sourced, these items were not loaded.

As a result of planning the Earth Day flight, Etihad additionally committed to remove up to 20 per cent of the single-use plastic items on board by 1 June 2019. By the end of this year, Etihad will have removed 100 tonnes of single-use plastics from its inflight service.

“We are making this promise not only for the environment but also for the wider community. Our guests and employees are largely responsible for facilitating this positive change, as they brought to our attention the effect plastics within our industry have on landfills, waterways and our oceans, contaminating our soil and water,” said Douglas.

Employees of Etihad’s Ramp Management team, based at Abu Dhabi International Airport, launched an initiative to reduce 1.6 million plastic bottles in a year.

During the summer months, over 13,000 bottles are distributed daily. As of last month, 19-litre water dispensers were distributed across all break-room facilities, not only reducing single-use plastics but also saving the airline AED 800,000 yearly.