New truck forms part of PPCS' strategy to convert 70 per cent of fleet to electric or hybrid by 2025. 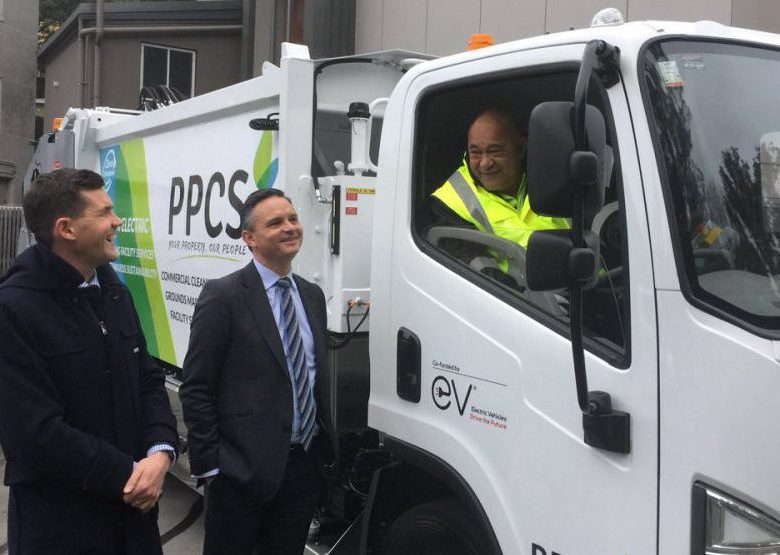 The truck is the first of its kind in the city, and was purchased with the help of an Energy Efficiency and Conservation Authority (EECA) grant for contractor Professional Property & Cleaning Services (PPCS).

It joins two electric vans the company introduced in 2018, and will service 40 of Wellington City Council’s social housing sites.

In 2017 PPCS was awarded the contract for cleaning and rubbish removal at Council’s Parks, Sports and Recreation and City Housing sites.

As part of its tender proposal the firm committed to introducing, where possible, electric vehicles to carry out the contract.

PPCS general manager Sarel Bloem said the new truck is a major step towards its target of converting 70 per cent of its fleet to electric or hybrid by 2025.

“We’re a family-owned New Zealand company and we’re passionate about protecting the environment. That’s why we bought this truck and why we’ve just ordered an additional six electric vehicles. This means in the next few months 100 per cent of the vehicles we use to service Wellington will be electric.”

Mayor Justin Lester said the introduction of the first electric rubbish truck is about making the city cleaner for future generations.

“We’ve been installing electric vehicle chargers in the city for residents to use but we need to lead by example,” he said. “That’s why we’re converting our own fleet to electric, and I’m delighted that PPCS are joining us in this.”

Councillor David Lee, who holds the Climate Change portfolio, says Wellington is continuing the journey to becoming a zero carbon capital by 2050.

“We will only get there with help from companies like PPCS getting on board. I’d encourage other companies with large fleets to do the same,” he said.

“Unlike private vehicles, rubbish trucks, taxis and delivery vehicles are on the road most of the working day. The more of them that are electric, the quicker we will be able to reach our emission reducing goals.”