New general manager appointed to take over from retiring CEO. 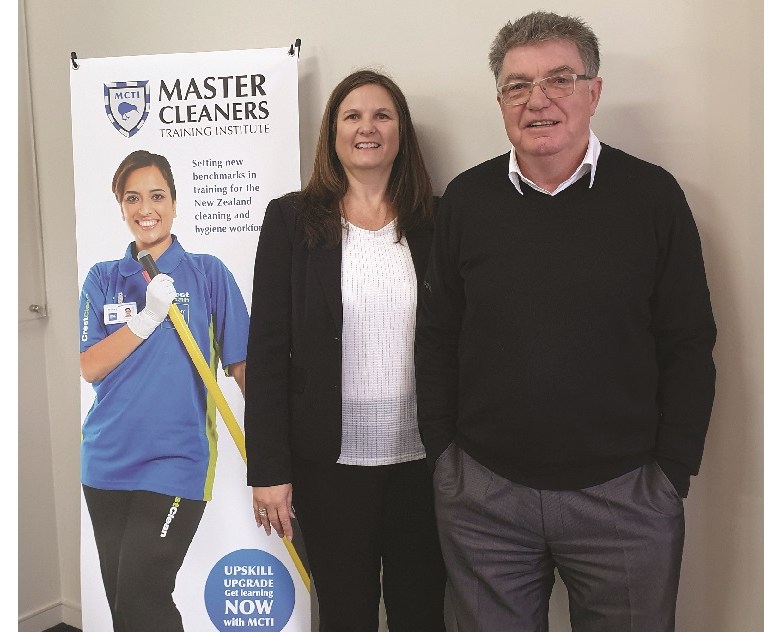 Master Cleaners Training Institute has announced the appointment of a new CEO following the retirement of Adam Hodge.

The Master Cleaners Training Institute is a New Zealand-based company established by CrestClean in 2012,providing training programmes for the cleaning industry.

Hodge has been at the helm of the organisation since its formation, and was understood to be instrumental in introducing the Certificate in Commercial Cleaning, a qualification specifically designed to meet the New Zealand cleaning industry needs.

According to Hodge seeing cleaning personnel achieve an industry-recognised qualification was one of his many career highlights.

“We started from scratch and began training our own people to become trainers and assessors. Today Master Cleaners Training Institute is now very well respected in the commercial cleaning industry and we get a lot enquiries about training from other organisations.

“Innovation and skills development have been a driving factor of the training organisation,” he added. “Forming Master Cleaners Training Institute was a ground-breaking move for CrestClean. I’m proud of where we are today and all we’ve achieved. It’s been a brilliant journey.”

Liezl Foxcroft has been appointed general manager training and will take over from Hodge this month.

“We’re very lucky to have Liezl as she has a wealth of knowledge and experience and she will take the organisation to the next level and beyond,” Hodge said.

Originally from South Africa, Foxcroft started her career in New Zealand, training and assessing security officers, which won her the NZSA Assessor of the Year Award.

Foxcroft said it is important to promote the positive aspects of training to counter a belief that cleaning is an unskilled occupation.

“Sometimes people think when you clean you just mop the floor but there’s so much more to it than that,” she said. “I have a passion for encouraging people to believe in themselves and be the best at what they do. I strongly believe that we need to provide them with the skills and knowledge to be able to succeed in their roles.

“I look forward to automating some of the training, with interactive online tools and helping to take MCTI to the next level.”