Auckland-based cleaning company and director ordered to pay more than $123,000. 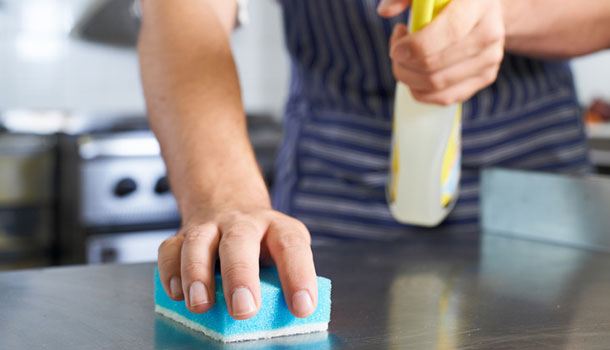 Auckland based cleaning company New Zealand Clean Master (NZCM) and its company director has been ordered to pay more than $123,000 by the Employment Relations Authority (ERA) for underpaying staff.

They claimed NZCM had not paid them properly or kept correct records of their time, wage, holiday and leave entitlements.

Following an investigation by the ERA, NZCM was found to be operating under a “flawed” business model, which involved underpaying workers and failing to keep correct records of employee’s time, wage, holiday and leave entitlements.

NZCM did not pay employees for time spent travelling between jobs and carrying out ‘re-do’ work.

In a coupon scheme offered by the company, one of the set price deals was $69 for three hours’ cleaning.

Based on New Zealand’s current minimum wage rate ($17.70 per hour) three hours of work would generate a wage of $106.20 for two cleaners.

The ERA also determined that NZCM company director Bhumika Kohli made unlawful deductions from her workers’ pay when she deducted $500 from one cleaner for damage to a work car and $500 from another cleaner for carpet cleaning equipment.

NZCM claimed two of the workers were employed as independent contractors, rather than employees, for some of the time they worked for the cleaning business.

However, since these workers could not decline work or choose when they did, the ERA found that they were employees.

NZCM also claimed one worker was employed as an intern. The ERA found she was an employee because the company gained economic benefit from her work.

Labour Inspectorate’s national manager at the Ministry of Business, Innovation and Employment (MBIE), Stu Lumsden, said this type of case was not uncommon in the cleaning industry where a large number of vulnerable workers are being exploited.

“A business model should not be based on making profit by exploiting workers,” Lumsden told INCLEAN NZ.

“More and more, we’re seeing companies penalised for breaches of employment law, as well as directors being personally liable for arrears and penalties.

“All employers must use the correct employment agreements to hire their workers, pay them at least the minimum wage, and keep accurate records of wage, time, holiday and leave. They may only make deductions from an employee’s pay if this is required by law, agreed to by the employee or if there are miscalculated overpayments.”