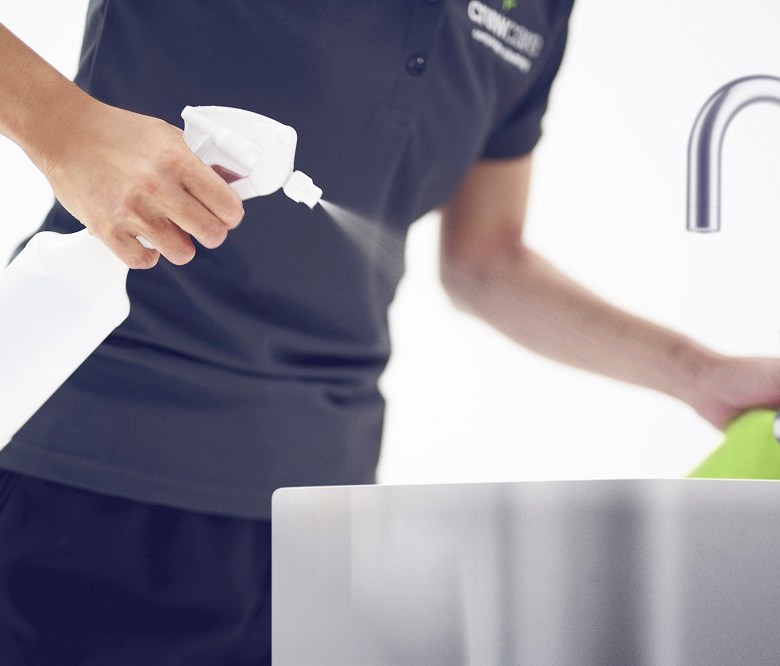 Everyone wants to come to work or school to a tidy, sparkling, and fresh-smelling place, yet for so many people, cleaning isn’t expected to go beyond aesthetics.

Beyond the obvious help that a team of professional cleaners can extend in keeping common facilities sparkling and free from unwanted smells, here are a few of the reasons why commercial cleaning could benefit the health of people across offices and schools.

Since people spend a lot of time indoors, indoor air quality is expected to be optimal. But despite offices and schools already having HVAC systems in place, volatile organic compounds (VOCs), toxic airborne gasses, microbes, and dust still find their way inside modern commercial and public buildings.

Unfortunately, carpets and upholstery absorb a lot of these bad particles that in turn release air pollutants. If your space has unusually large carpets or rugs, dirt can easily get trapped in their fibres or absorb harmful chemicals that come from cleaning solutions, paint, furniture, and other odour-emitting items.

These can make breathing difficult especially for those employees or students who have allergies or asthma. Simple and regular vacuuming just won’t cut it. When done carelessly, it can worsen the release of toxins and pollutants in a given area, which can further the health risks to those prone to being affected.

This feeling of ill health leads to an increase in sicknesses and absenteeism among building occupants or workers, which eventually trickles down to an overall decrease in productivity.

Hiring professionals will surely eliminate such risks. Commercial cleaners would have the right equipment, the knowledge, and the experience to thoroughly clean spaces while putting great emphasis on hygiene, sanitation, and safety from harmful elements.

Insects and tiny bugs tend to get overlooked in office spaces and schools because they’re more commonly found in the home, but they can quickly take centre stage once a co-worker can’t stop sneezing or a child in class starts getting itchy from a small red spot around the neck that has quickly developed into a full-on rash.

Microscopic dust mites can get trapped in carpets, plush furniture, and other similar areas. More often than not, they are too small to be noticed by the naked eye. They don’t bite or pass on disease, but they become a problem for people who are allergic to the protein found in their waste.

These irritating culprits normally feed on dead skin cells that humans constantly shed and thrive in warm, humid places such as offices and classrooms. As such, these closed spaces provide the perfect environment for these tiny critters. According to one research, a female dust mite can lay up to 300 eggs and produce 200 times as much of its body weight in waste, which means that every day could lead to an awful situation for those allergic to them.

Symptoms for people allergic to these unwanted creatures include runny or blocked nose, wheezing or coughing, sinus congestion or sneezing, and other hay fever-like symptoms.

Complications from these allergic reactions can potentially develop into more severe or serious infections that often end with trips to the hospital. These can result in missed days at work or absences among schoolchildren.

Getting in touch with professional cleaners who have the necessary equipment to steam these micro-animals out of your carpets and furniture would be your best bet.

With the right expertise, they’ll be able to kill them by exposing them to high temperatures. You can prevent bug infestation and prevent allergy attacks on top of consistent cleaning and maintenance of your spaces indoors.

Exposure to mould can have a variety of effects on people. Some would get nasal stuffiness or throat irritation from it, while some would have more severe reactions especially those who have pre-existing lung diseases.

In 2004, the US Health and Medicine Division (HMD), formerly the Institute of Medicine (IOM), found sufficient evidence linking indoor exposure to mould and upper respiratory tract symptoms in otherwise healthy people; with asthma symptoms to asthmatic people; and with hypersensitivity pneumonitis in susceptible people.

Mould can enter commercial spaces through windows, doors, vents, and heating and air conditioning systems. It can also attach itself to clothing or fabric, upholstery, wallpaper, carpet, and other moist places.

If any type of mould is discovered in a workplace or a school environment, it should be removed immediately to prevent threats to the health of employees or students.

Those who suspect that they are affected should immediately report the concern to the proper stakeholders and get themselves checked by a doctor to find out if they should be medically restricted from their respective mould-containing environment.

If the mould problem is out of control, a mould diagnosis plus remediation procedure is in order. Qualified experts are expected to contain the area of contamination using specialised equipment, and then clean or remove the contaminated materials, followed by a specified drying method using dedicated equipment.

Commercial cleaners know exactly how to prevent a mould situation from happening again. They should make sure to expose usually wet or damp areas to higher temperatures to prevent moisture from being trapped in the spaces.

Clean office spaces and classrooms can make a lot of difference in the health and general well-being of individuals occupying them.

Issues such as poor air circulation, insects or bug infestation, and mould growth usually result from the lack of proper maintenance in these commercial settings. Commercial cleaners are instrumental in keeping these hazards at bay, so make sure that you work with them closely.

*This article first appeared in the August issue of INCLEAN NZ