The report names and shames employers who have breached minimum employment standards and exploited workers. 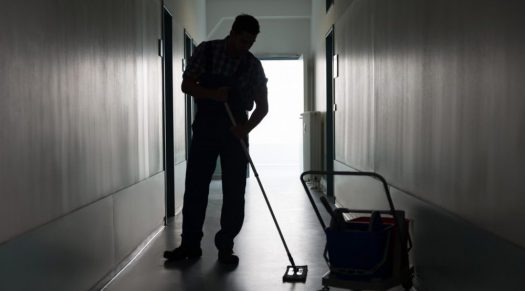 The Ministry of Business, Innovation and Employment (MBIE) has released a damning report, naming and shaming employers who have breached minimum employment standards and exploited workers.

Employers that have received a penalty (or similar) for a breach are viewed as non-compliant with New Zealand employment law and face set stand down periods. Employers who receive penalties as a result of having been taken to the Employment Relations (ERA) Authority or to the Employment Court independently of the Labour Inspectorate will also be subject to stand-down periods.

Two Timaru cleaning businesses, Cleantime Solutions and ‘Busy Bees’, and their owners were also on the list, having been penalised $55,000 for treating permanent staff as casuals following a Labour Inspectorate investigation. The stand down period for the businesses ends in September 2020.

“The government should be looking the automatic inclusion of all workers in unions with an opt out rather than an opt in which is often manipulated by employers like this,” Jones told INCLEAN NZ.

“In industries like cleaning, everyone is competing for contracts where price is the major consideration and are often forced to pay minimum conditions to remain competitive. This means the market drives workers into poverty even when they have an employer wanting to pay them liveable wages.

“Employers who pay below minimum drive this down even further resulting in poverty and modern slavery conditions for workers.”

Jones said there is a need for better than minimum standards for workers in New Zealand.

“This could be achieved through the Fair Pay Agreement framework and legislation currently under consideration. Many of the better companies in the cleaning industry agree with this as a solution to stop the race to the bottom and create a fairer contracting environment for them to operate in. This would need to be a compulsory system capturing all employers and the workers would need meaningful access to unions to be able to police that standard and educate workers around their rights.”

The name and shame list follows the release of a survey which found more people are choosing businesses to buy from based on how they treat their workers.

The 2018 New Zealand Consumer Survey found that 48 per cent of respondents will always, or most of the time, consider purchases based on knowledge of how the business treats its workers.

“It’s important for businesses to have assurance systems in place to ensure workers are being treated fairly and prevent any negative effects on their branding and bottom line,” he said. “Consumers who are self-employed or running their own business are more likely than consumers overall to always consider worker rights before purchasing. This suggests that many business owners are already aware of the importance of worker rights, and that it’s becoming best practice for businesses to address these issues.

Mason encouraged businesses to undertake checks of their own and their supply chain’s employment practices, including conducting labour rights risk assessments.

“Businesses with a good reputation for their sustainable practices, creating ethically produced goods with assurances workers are treated fairly in their business, will be able to rise to the consumer demand. As this survey shows, nearly half of all consumers will consider not buying from those who don’t.”