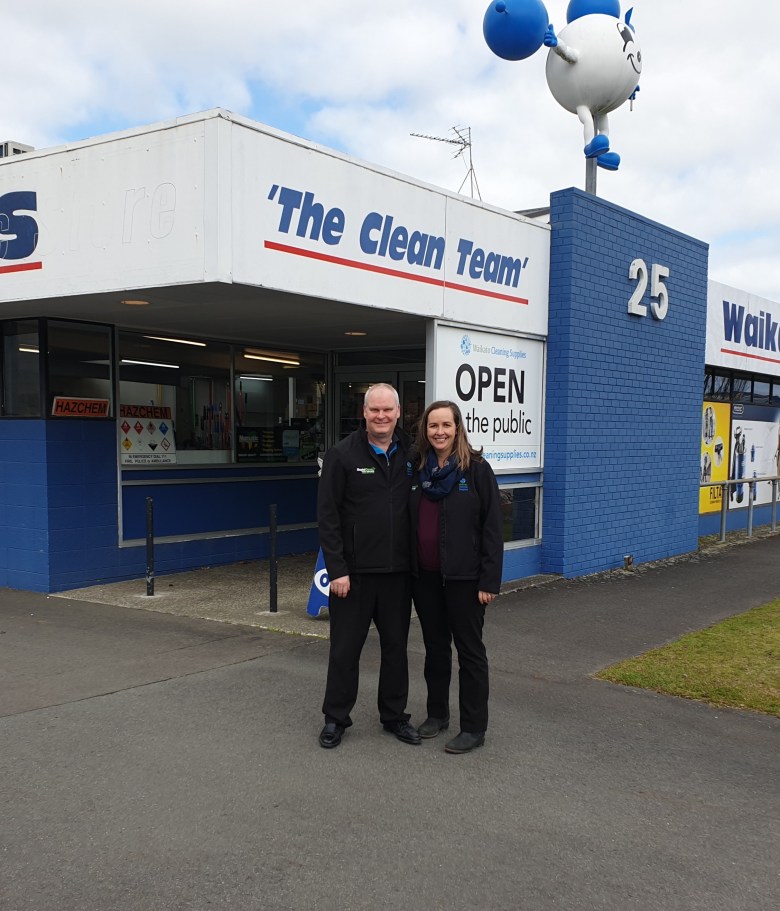 RapidClean has appointed Graydon Smith as the co-operative’s first New Zealand-based board member.

Smith is the co-owner and director of Waikato Cleaning Supplies – one of the first cleaning supply stores to join the RapidClean New Zealand network at the time of its launch in 2017.

Craig Newton, who was appointed as the group’s first country manager for NZ in 2018, said it has been exciting to grow RapidClean and its national member base in New Zealand.

“RapidClean New Zealand finished FY19 with a tremendous growth locally, and with members embracing the program delivering savings, education and innovative products to the cleaning segments of New Zealand.”

Smith will join the board as the group’s first New Zealand-based representative from next week at RapidClean’s annual conference to be held in Sydney.

Smith and his wife Danielle were also the recipients of the inaugural NZ Member of the Year at RapidClean’s conference last year, which was held in Auckland.

“Since the [2018] conference the NZ member group have embraced the structure and philosophy of being in a buying co-operative and the benefits that can be passed on to the customer base, enhancing growth month-on-month,” Newton said.

Smith, who began his career as an after-school cleaner, has operated Waikato Cleaning Supplies since 2016. Prior to that his previous roles included B2B and corporate account management, retail management, branch management and SME regional sales management.

“When I first came across the Rapid Group with the idea to establish the model in NZ I knew it was a direction I wanted WCS to take as there is a very similar design change in the telco industry that I was involved in with great success in the B2B sector,” Smith said of his decision to join the Rapid Group.

“I will give it my best to serve as the voice for my fellow Rapid NZ members so that we together with our customers keep getting better.”

Newton said he is looking forward to working with Smith to build the New Zealand network.

“I, along with our RapidClean New Zealand members are looking forward to working with Graydon and the board to achieve further growth in New Zealand to the benefit of our customers in the New Zealand cleaning industry.”

RapidClean NZ members are 100 per cent New Zealand-owned. Rapid Group first entered the NZ market in 2017. Today the group has 12 members in New Zealand and 56 members in Australia which are all independently owned and operated.