A Quality and Safety Governance summary report has found that doctors and nurses at the Nelson Marlborough District Health Board are not washing their hands often enough. 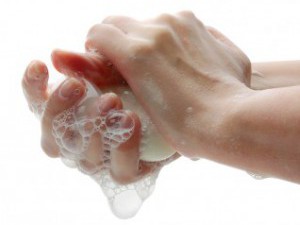 According to a recent report, doctors and nurses at the Nelson Marlborough District Health Board are not washing their hands often enough.

Over the past six months, hand hygiene compliance dropped by 6 per cent, with only 75 per cent of staff now reaching compliance.

‘The findings of the Quality and Safety Governance summary report were presented at a board meeting in Blenheim on Tuesday 27 September 2016. Board chairwoman Jenny Black said hand hygiene was an ongoing problem’ and that ‘the board had been struggling with the issue for a very long time’.

Board chief medical officer Dr Nick Baker said that “the World Health Organisation’s requirements were a difficult threshold to meet”.

“If you wash your hands at four opportunities but miss the fifth, your score is a fail, so it’s a pretty high bar,” said Dr Baker. “If we get 75 per cent all pass, that’s actually pretty good, but there’s definitely room for improvement.”

‘In the assessment, District Health Board staff were monitored randomly without their knowledge. Care staff were most likely to fail to wash their hands after touching a patient’s surrounds, such as curtains or a side table’.

According to the report, while New Zealand’s national target of 80 per cent was not met, other countries considered 70 per cent compliance good.