A chemical cleaning company has been convicted and fined $39,000 for a toxic discharge that resulted in a significant fish kill event last year. 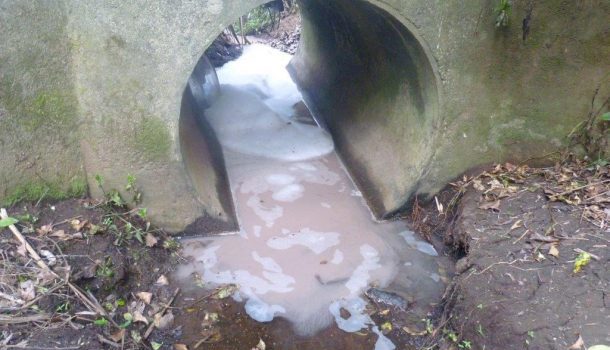 Chemical cleaning company Chemwash Hamilton has been convicted and fined $39,000 for a toxic discharge that resulted in a significant fish kill event at Paeroa last year.

The case, against Chemwash Hamilton Limited, involved the discharge of toxic chemicals through the town’s stormwater system to a local stream resulting in a large number of eels and native banded kokopu fish being killed.

Local residents noticed a large number of distressed and dead eels and fish in a tributary that flows to the Ohinemuri River and notified the council.

The council incident response team was able to trace the contaminated stream and storm water system back to a retirement village that was having its roof stripped for repainting.

The subsequent investigation found that Chemwash Hamilton had completed the work at the retirement village without capturing the chemicals that they were using or managing them in an environmentally safe manner.

The conviction and fine was imposed this week in the Auckland District Court by Judge David Fitzpatrick who stated that the company’s activities were “at least reckless”, and the steps that they had taken to protect against a discharge into the environment were “completely inadequate”.

The council’s investigations manager Patrick Lynch said “a company that deals with acutely toxic chemicals should have had exemplary measures in place to manage the risk to the environment”.

“We would like to acknowledge the quick work by Paeroa locals who attempted to save some of the dying fish and contacted the council promptly.

“This was a completely avoidable incident. We are extremely disappointed with the actions of Chemwash and trust this fine will remind all users of chemicals to ensure that they are managed properly.”