Waste Management NZ to convert 30 per cent of light fleet to electric vehicles by 2020. 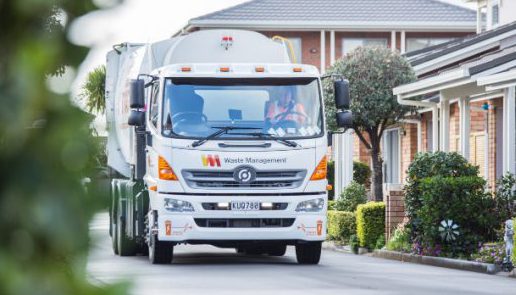 Waste Management NZ plans to convert 30 per cent of its light vehicle fleet to electric vehicles (EV) by 2020, as it looks to become a global leader in EV technology.

“We’re looking forward to having about 80 [cars] transition next year and we have about 200 in our light fleet so we’re really well on our way to achieving our goal.”

Waste Management is one of NZ’s largest heavy vehicle operators with a fleet of around 800 trucks and 200 light vehicles. The company announced its move towards a fleet of electric vehicles in September 2016 as part of its Sustainability Commitment, and since then has introduced more than 30 electric cars within its light fleet.

Waste Management also plans to convert a rear-loader skip truck. All EV conversions have been in partnership with EMOSS – an OEM for electric bus and truck as well as auxiliary/battery system, based in the Netherlands.

“[The rear-loader skip truck] will be the fifth type of truck that we will know how to convert. We are starting to become a global leader in the EV space,” Cadman said.

Earlier this month Waste Management was named the winner of the Industry Innovation Award at the Road Transport Forum Conference.

The company’s plan is to open a workshop in Auckland in 2018 so that its future electric conversions can be done in New Zealand, while also supporting other companies who wish to follow their lead.

Last year OCS NZ announced it would also convert 30 per cent of its fleet to electric or plug-in hybrid vehicles over the next three years as part of a landmark joint private sector commitment to the future of EVs in New Zealand.

Under the initiative led by Air New Zealand and Mercury, more than 30 leading Kiwi organisations have collectively committed to convert at least 1450 vehicles on the nation’s roads to electric by 2019.

OCS NZ managing director Gareth Marriott said at the time of the announcement the initiative fits with his company’s own commitment to sustainability.

“OCS is extremely focused not only on addressing the environmental impacts of our own products and services, but also on supporting our clients and suppliers to meet their own environmental, social and economic sustainability goals.”