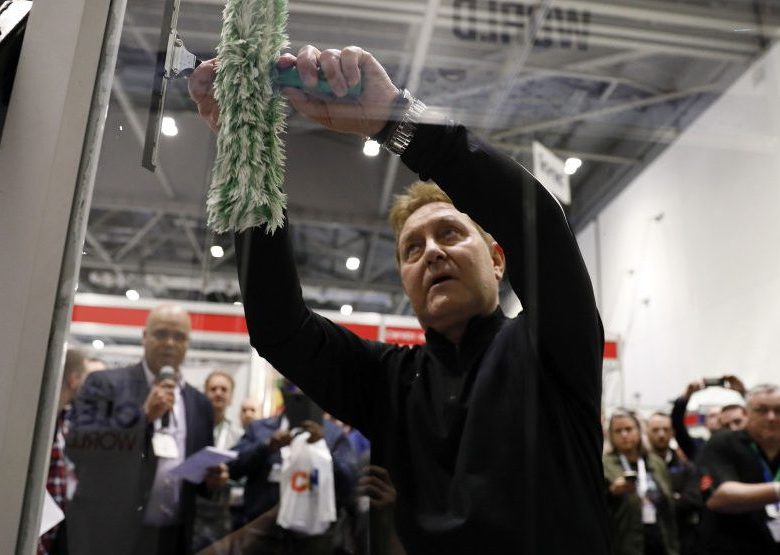 A US window cleaner has won the inaugural Window Cleaning World Cup ahead of the current world record holder.

Window cleaners came from across the globe to take part in the competition– and make an official Guinness World Record attempt – at The Cleaning Show trade expo at London’s Excel convention centre on 20 March 2019.

Jeremiah Hickey, already the fastest window cleaner in the US, became the world champion with a time of 17.02 seconds, wining the cash prize of £1000 (more than $AU 1500).

Hickey said he was surprised to be named winner.

“It’s different widows to what I’m used to, a different technique, so I [was] really surprised,” he said.

Entrants in the inaugural Window Cleaning World Cup came from England, Scotland, Ireland and Wales as well as from overseas.

They included the current fastest widow cleaner in the world, Terry ‘Turbo’ Burrows, from Essex, who set his first Guinness World Record in 1995.

Competitors had to clean three consecutive office-style windows set in a frame with a 300mm squeegee and nine litres of water. They had to remember to wipe the window sill, with time penalties awarded for any smears.