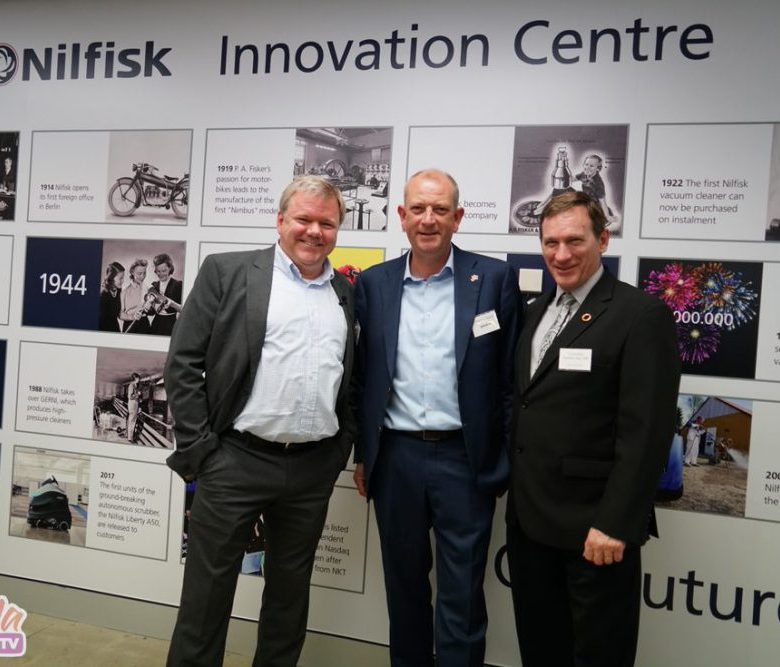 Nilfisk has opened a new Australian headquarters in Blacktown, NSW.

The new site is just over 2700 square metres in size, and includes a warehouse, workshop and open plan office space.

The centre was officially opened this month by Nilfisk Australia managing director Michael T. Hansen, the Lord Mayor of Blacktown City Stephen Bali and the Ambassador of the Kingdom of Denmark Tom Norring.

“Nilfisk can see the growth potential in its Australian arm and are supporting us to introduce new technology and new solutions,” said Hansen.

“The next couple of years will be very exciting for us all. We want to be the leaders in solution-driven technology. Our motto is to work as one team with one agenda.”

The Lord Mayor of Blacktown City Stephen Bali thanked Nilfisk for choosing the City of Blacktown as its home.

“I’m very proud that Nilfisk, one of the leading companies in the world, is basing itself in Blacktown, which is set to have more people living in the local area than the entire state of Tasmania by 2036. That’s a lot of vacuums for Nilfisk!”

The Ambassador of the Kingdom of Denmark Tom Norring said that Nilfisk Australia owed its success to its ability to be innovative, creative and work into the future.

“No company survives 100 years or even 10 years if they don’t have a quality product. But that’s not enough either. You have to ensure that you can adapt to different situations,” he said.

“You can’t live in the yesterday; you have to live in the future, and I think Nilfisk is really a great example of a company that realised its doing something that is necessary, and doing it better, faster and more efficiently. That’s what counts.”