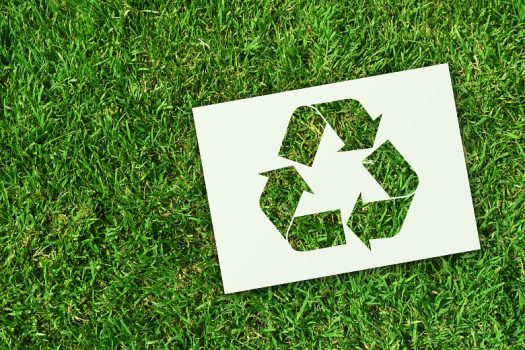 The government is proposing a new way to deal with environmentally harmful products before they become waste, including plastic packing and bottles, as part of a wider plan to reduce the amount of rubbish ending up in landfills.

“Well-designed product stewardship schemes ensure that those making, selling and using products all help take responsibility to recover the materials and avoid them ending up in landfills,” Sage said.

The minister said it is the first time government has been serious about creating regulated, rather than voluntary, product stewardship schemes in New Zealand.

“Like other countries New Zealand’s economy is based on a ‘take, make and dispose’ model, which treats nature and the resources it provides as ‘free’ and disposable.

“Regulated product stewardship is a step towards changing that and to designing waste out of production. This is part of a longer-term goal of moving to a more efficient, low-emissions, sustainable and inclusive economy for New Zealand.

“Regulated product stewardship helps puts the responsibility for effective material and waste management on product manufacturers, importers, retailers and users, rather than on communities, councils, neighbourhoods and nature,” she said.

This is the first time the tools for regulated product stewardship in the Waste Minimisation Act are being looked at seriously, although they have been in the Act since 2008. The 14 existing accredited schemes are all voluntary.

“Today’s proposal also presents potential economic benefits. Many products and materials presently lost to landfill could be recovered and reused throughout the economy creating new business opportunities and new jobs.

“One example is reprocessing “waste” plastic bottles back into food packaging which creates less need for imports on new plastic flake for bottle manufacture.

“Products that have reached the end of their life can be used to make something new, especially if they are designed better for reuse and recycling.

“There is strong industry, council and community support for government to ‘level the playing field’ – ensure all participate, and create better incentives to reduce waste and diverting materials from landfills.

“It is important that whatever we create not only benefits from the best overseas experience, but is designed to suit New Zealand’s unique situation and needs.”

Sage said consultation is the first step towards regulation, deciding which products are declared ‘priority products’ and allowing mandatory regulation to be used under the Waste Minimisation Act.

The next step will be to work with business and other stakeholders to co-design regulations that will work for them and the environment.

NZPSC coordinator, Hannah Blumhardt said the proposal is one of the most significant steps forward in New Zealand’s waste policy in over a decade.

“Currently, New Zealand has no regulated product stewardship schemes, so councils, ratepayers, and the natural environment are picking up the slack for managing all this waste. This is both unfair, and a factor in New Zealand’s comparatively poor recovery and recycling rates and shamefully high per capita rates of waste to landfill,” said Blumhardt.

“When manufacturers are responsible for the waste their products cause, they not only foot a greater share of the bill, they’re also more likely to redesign their products to cause less waste in the first place.”

Jonathon Hannon, coordinator of Massey University’s Zero Waste Academy, said it is a positive step to see packaging included in the proposal, given significant community concern about this waste stream.

“The reference to beverage containers is encouraging as it opens the door for a nationwide bottle deposit scheme to be formally considered – something that communities and councils across New Zealand have been campaigning for for decades.”

“Right now, we recover only 30-40 percent of beverage containers for recycling and reuse, but it doesn’t have to be this way – with a well-designed scheme that figure could be 80-90 per cent,” Hannon said.

Chair of Zero Waste Network Aotearoa, Marty Hoffart, said simple measures mentioned in the proposal document, such as including an environmental charge on priority products put on the market, “could have big effects on New Zealand’s recycling statistics”.

Auckland Business Chamber CEO Michael Barnett, who chairs the Waste Management Industry Forum, said a scheme in which people could place their used goods in a container at strategic points around New Zealand makes a lot of sense.

“China’s National Sword refusing to take New Zealand recyclables and our growth-led economy has resulted in a huge build-up of certain used products.”

Barnett said a plus in today’s announcement is the strong recognition of the key role that business has in terms of understanding the logistics chain of a products journey from producer-to-customer-to-dispose.

“The New Zealand public are subsidising waste producers who churn out cheap, largely unrecyclable packaging, plastics, e-waste and other materials which have a limited future in a circular economy.

“The old saying is ‘reduce, reuse, recycle’ – we need to focus on that first one to make the biggest dent in New Zealand’s waste problem.”

“Mandatory product stewardship means there’s a plan for the safe disposal or recycling of goods. It puts in place a plan, particularly for the most harmful or voluminous products, that will create new business opportunities and deliver better environmental outcomes.”

In 2018, councils passed a remit asking LGNZ to advocate for the government to declare tyres, e-waste, agricultural chemicals and plastics as priority products under the Waste Minimisation Act 2008, as well as another remit urging a mandatory product stewardship scheme for tyres.

“Local government is at the forefront of dealing with waste and recycling, but it’s vital that the legislation incentivises the best possible onshore facilities and outcomes.”

“We see mandatory product stewardship as being one piece of the puzzle, along with the adoption of a nationwide, strategic approach for recyclables and for the waste disposal levy to cover more landfills, so that there is more funding for onshore recycling facilities.”

Consultation on what products should be considered is open now and closes on 4 October 2019 visit https://www.mfe.govt.nz/consultations/priorityproducts