The purpose of the three-year research project is to develop robot solutions within facility management and cleaning. 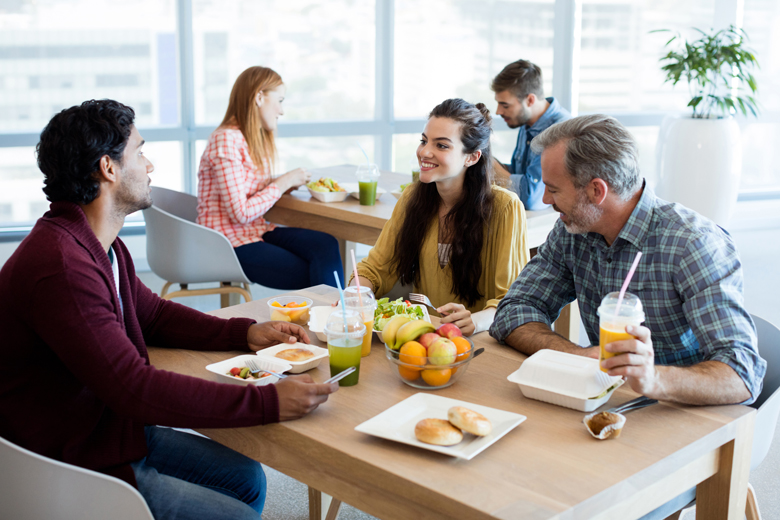 Mobile robots removing dirty dishes and empty bottles from canteen tables may become a normal sight in companies and public institutions in the near future.

Lars-Peter Ellekilde from Enabled Robotics said the goal of a new innovation project, is to develop a unique mobile robot that can relieve cleaning staff from repetitive or physically exhausting tasks.

This first-of-its-kind solution integrates a smart building sensor system with a human robot interface – allowing the robot to work efficiently side by side with cleaning staff in large open-space areas such as canteens and offices.

“Equipped with artificial intelligence and advanced software, the robot will be able to move around a room, recognising and picking up objects such as cups and water bottles, and clean the table with a specially designed tool. At the same time, fixed sensors in the room will ‘communicate’ with the robot; providing an overview of usage patterns and the objects in the room,” Ellekilde said.

Palle Dinesen, CEO & co-founder from Ubiqisense, said it is the integration of robot technology with the smart building sensor system occupancy sensor that makes the robot technology ground-breaking.

“By transferring data to the robot from existing smart sensors, which are often already integrated into today’s modern office buildings, we will increase the knowledge about space usage and with that also the capabilities of the robot. In contrast to other robot solutions, such as floor cleaning robots and robot vacuum cleaners, this will enable FacilityCobot to be more efficient and work at a more advanced level – at table height in collaboration with the staff,” Dinesen, said.

Kim Jacobsen, CEO at K-Jacobsen A/S and chair of Danish Facility Management’s digitisation committee said the robot solution will be a great tool for the facility management industry.

“The facility management industry continuously increases its focus on sustainability and automation – this innovative robot solution will be a great tool to support these agendas,” said Jacobsen.

Anders Dedenroth Høj, director of methods & technology within cleaning at ISS World Services A/S, said ISS’s ambition is to make FacilityCobot an integrated part of its global offering in the future.

“Our employees are our most valuable assets, and we strongly believe that technology is the key lever for optimising and innovating our services and working methods. FacilityCobot has the potential to relieve our employees from the wearier cleaning tasks and instead allow them to focus on other value-creating tasks for customers. ISS’s ambition is to make FacilityCobot an integrated part of our global offering in the future.’

The robot’s sensors and tool have now been developed, and the next phase of the project is to further develop and test the integration of the robot’s technology with smart building sensors. In addition, the robot will be tested in a real canteen setting together with ISS cleaning staff.

Even though the project is focusing on canteens as the primary location, its ambitions are wider.

Professor Mikkel Baun Kjærgaard from the Mærsk Mc-Kinney Moller Institute at SDU, said the new technology has the potential to also be used in other environments such as large open-space offices, seating areas and the gates of airports and waiting areas at hospitals.

“We very much look forward to exploring its full potential by contributing to the intelligent software behind.”

The project is expected to be completed in 2023.